www.makeuseof.com How Many Motors Should a Drone Have? Different Drone Frames Explained 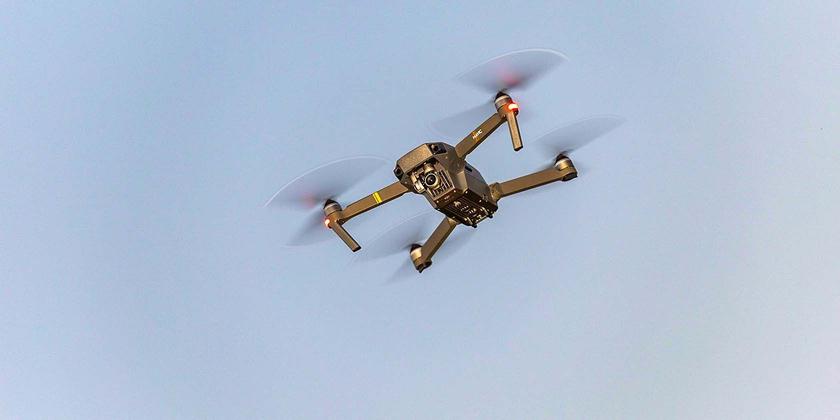 The number of motors on your drones makes a serious difference.

Motor count and frame shape drastically affect a drone's attributes. Stability, flight-time, speed, and virtually every characteristic of a drone, are influenced by these.

Read on to learn what each drone is called and how it differs from the other.

How Does Motor Count Affect a Drone?

Drones don't have wings or wheels, and they rely on different rotating speeds to fly in specific directions. For instance, if you've got a drone airborne with two motors, reducing the speed on the left motor will have the right motor generating more airflow, and this will ultimately make the drone go left.

This basic principle discards the idea of monocopters (drones with a single motor), as you can't create an airflow difference to guide the drone. The drone will take off and go airborne, but that's about it. Due to that, drones come with at least two motors.

Bicopters have two motors, each equipped with a propeller. The frame is usually shaped in a V. The motors go on the distal end of the arms, with the flight controller and all the sensors in the proximal end.

Fewer propellers mean less stability in flight, making bicopters vulnerable to weather as the wind can easily make a bicopter crash. Having two motors, the bicopter can only move in two directions (towards each of the motors), and it cannot fly directly forward by changing the pitch. However, the pro to a bicopter is that the battery is divided between two motors, which means a lot more flight time than other drones with more motors.

Related: What Are Drone Restrictions?

Builders have made DIY bicopters (some call it a dualcopter), so there are adequate resources available if you're looking into making one. However, the maneuver issue persists, and you'll need to mount each brushless motor on top of a servo motor so that you can have the bicopter move forward by changing the angle of the propellers rather than changing the speed.

Thanks to their third propeller, tricopters can fly in more directions than bicopters and can also carry a decent load (drone dependent). Tricopters have three motors configured in a Y or T shape, where the motors are seated in the distal part of the limbs.

If you get your hands on a tricopter, you can observe how that one extra blade gives a tricopter much greater stability compared to a bicopter. However, a tricopter can still get a bit shaky under even a mild breeze. Tricopters have a reasonable amount of stability, but they lack speed and performance compared to quadcopters. Deciding if this is a con or not is a matter of perspective, as less speed also means more control.

Related: The Best Drones for Kids

Without a shred of doubt, the quadcopter is the most common multicopter. Be it DIY makers or commercial drone manufacturers, everyone loves the quadcopter as it's proven that four is the perfect number for balancing price, performance, stability, and flight time.

Quadcopters fly with four motors, which means more weight and battery consumption compared to multicopters with fewer motors. Still, the power generated by the four motors is just about perfect to make up for the extra weight.

The motors on a quadcopter are arranged in various configurations, with the most popular ones being the X and the H, though these have their own variations.

DIY makers have embraced the quadcopter, and there are lots of DIY resources available for building one. You can even skip buying a flight controller and build your own with an Arduino board.

Add another pair of motors to the quadcopter, and you've got yourself a hexacopter. Hexacopters are a lot more stable and can carry a mean load as well. Naturally, the two extra motors mean more battery consumption, and that means less flight time but the advantages that the hexacopter brings to the table outweigh these inconveniences.

Having six motors ables the hexacopter to elevate to higher attitudes while maintaining stability. Six motors also mean more room for failure; if one of your motors stops working airborne, you can still land the hexacopter safely. That would have meant an imminent crash for a quadcopter.

If you said that the octocopter is the final form of the commercial multicopter, you wouldn't be wrong. Of course, it's possible to make drones with higher motor counts, but the drone manufacturers and DIY builders don't have enough reason to do that. Because the octocopter is strong enough to lift heavy weights, and they're also extremely stable in flight. There just isn't enough reason to add more motors.

The catch to the ultimate drone-form here is the high energy consumption (you'd need 4S LiPo batteries at the very least), and of course, the massive size.

Related: How to Charge a LiPo Battery

Octocopters are often used to shoot movies because their high eight-propeller thrust allows them to carry heavy cameras and lenses and makes them very stable in the air. The octocopter will also still function even if some of the motors stop working. Commercial octocopters are designed for professional use, and hence octocopters are often expensive. Unless, if you decide to make one yourself, though even then you'd have to buy twice the amount of components as a quadcopter.

Is a Drone With More Motors and Propellors Better?

By now, you know that adding more motors to your drone will make it stable and enable it to carry more weight, but more motors mean greater battery consumption, larger size, and more components. The key to deciding how many motors you want on your drone is balancing the cons with the pros.

For DIY drones, another factor comes to play, and that is the availability of resources. If you're looking to make your first drone, it's best to go with the quadcopter since it has a bigger online community. You can even download a frame model for free and then have it 3D printed.

The Top 6 Frames to 3D Print for Your DIY Drone

Want to build your own drone? Here are six of the best 3D printable frames to use for it.

Amir is a pharmacy student with a passion for tech and gaming. He likes playing music, driving cars, and writing words.