www.makeuseof.com Did You Know You Can Build Your Own AirTag? 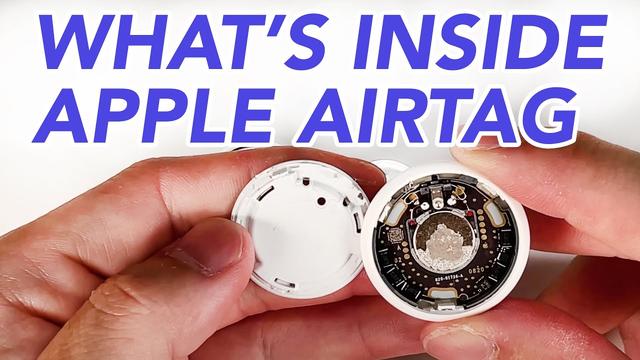 Did you know that it’s possible to hook into Apple’s powerful Find My network to track any Bluetooth device? Making it possible to essentially build your own DIY AirTag?

In this article, we’ll explore how that might be achievable using free open-source software, whether it’s a good idea, and how this could be an awesome feature for your next electronic build.

What Is an AirTag?

Released at the end of April 2021, the AirTag is a sleek tracker that looks like a small and shiny coin.

The AirTag can be paired to your iPhone to help you find lost items and it’s designed to be placed in your wallet or on your bag, amongst many other possibilities.

Alongside a precision location app, it comes with a handy built-in speaker that sounds an alarm to help you easily locate your missing item.

You can read about which is the best Bluetooth tracker to understand why the AirTag is the most attractive device to replicate.

The greatest feature of the AirTag is what happens when you lose an item much further away from you.

The AirTag connects to your iPhone via Bluetooth but at some point, you might go out of the range that your phone can detect.

However, by using Apple’s vast Find My network, which you might have used in the past to find your phone, a nearby Apple device can pinpoint its exact location.

Once found, the location will be uploaded to Apple’s server privately and securely, and you will be notified of directions to find the tracker.

With millions of people using iPhones, it’s not hard to imagine that someone, somewhere, will be within the range of your tracker, making the Find My network an incredibly powerful tool to tap into.

It just so happens that the researchers from the Secure Mobile Networking Lab (SEEMOO) have found a way to do this.

The researchers behind OpenHaystack have created a free Mac application that lets you track multiple Bluetooth devices in the same manner that you can track multiple AirTags on an iPhone.

Once paired, the application accesses Apple’s Find My network so that you can keep track of your accessories wherever they are.

The researchers essentially reverse-engineered how the Find My network functions to create OpenHaystack, and while it seems like a hack, it’s not.

OpenHaystack is able to gain entry to the network securely by verifying that you are an authentic Apple user through a custom-built plug-in for Apple Mail.

Using this workaround to access the network means that you will need to have Apple Mail open at the same time that you use OpenHaystack.

Once that is achieved, your computer will then have the necessary security keys that allow you to locate a Bluetooth device within the Find My network.

For a thorough and in-depth overview of how this all works, you can check out the resources for OpenHaystack on GitHub.

OpenHaystack currently has direct support for a few microcontrollers: the BBC micro:bit v1. SP32-WROOM, and the ESP32-WROVER.

Each board has its own benefits and if you don’t have one of these already, you can compare the ESP32 to the micro:bit to see what the difference is.

Theoretically, however, OpenHaystack should be able to track any Bluetooth device. To build your own tracker, you simply need to power a Bluetooth component.

A DIY tracking device is not difficult to replicate. Looking at the inside of an AirTag, you will see that it is similarly made up with the bare minimum of parts: a tiny printed circuit board (PCB) with BLE function and a CR2032 battery. That’s it.

Just Because You Can Replicate an AirTag, Should You?

So far, OpenHaystack seems like a pretty great application that you can imagine has potential in DIY projects (more on that later).

But of course, using third-party applications on the Apple network may come with its own risks. Here is an important disclaimer was written by the team:

“OpenHaystack is experimental software. The code is untested and incomplete. For example, OpenHaystack accessories using our firmware broadcast a fixed public key and, therefore, are trackable by other devices in proximity (this might change in a future release). OpenHaystack is not affiliated with or endorsed by Apple Inc.”

Interestingly, in the process of researching how Apple’s Offline Network operates, they were able to uncover a security flaw that, after disclosing the issue to Apple, has since been fixed.

It’s also not guaranteed if Apple will continue to allow OpenHaystack to operate into the future, meaning at any point in time the app may no longer work.

A while ago Apple announced that they will start supporting third-party developers on their Find My network, starting with Belkin EarPods, but until then, using OpenHaystack is an amazing workaround.

You can find all the files for OpenHaystack, including download instructions, over at their GitHub page.

If you are looking for a way to incorporate tracking capabilities in your next project, then you will need the latest version of Bluetooth called Bluetooth Low Energy (BLE).

The micro:bit and ESP32 both come with BLE functionality and, as mentioned before, can be directly added to the list of trackable accessories on OpenHaystack.

But they aren’t the only boards that use BLE. The Arduino Nano 33 BLE for example is described as an upgraded Arduino Nano with more powerful processing power and, you guessed it, the BLE stands for Bluetooth Low Energy.

With BLE on board, you will not only have a way to wirelessly communicate with the board but a way to track it too.

This is especially useful if you are building a project that you’ve dedicated loads of time into or potentially cost you a lot of money to make.

The prime example might be a DIY smartwatch, such as this one created by Stephen Hawes using an ESP32.

Using OpenHaystack, you now have the ability to track your smartwatch using its BLE function, giving you a backup option to recover your project if it were ever to be stolen or left behind somewhere.

With the Apple AirTag only costing $29, you might be better off using Apple’s proprietary products. But, of course, that would take the fun out of DIY electronics.

The best part of building your own AirTag is knowing how to leverage Apple’s extremely useful Find My network so that you can pair it with your own BLE device, which doesn’t necessarily have to exist in the Apple ecosystem.

That device could be your Bluetooth speaker, or it could be an awesome DIY smartwatch that you made on your own. Either way, using OpenHaystack gives you a fantastic way to incorporate tracking into your next DIY project.

Get started with the Internet of Things with these Arduino IoT projects for beginners.

Garling loves exploring creative uses for technology. With a background in music, she spent many years hacking computers to make weird and wonderful sounds. When not making music, she writes about the best DIY electronic projects.