What modern drone warfare means for both civilians and soldiers 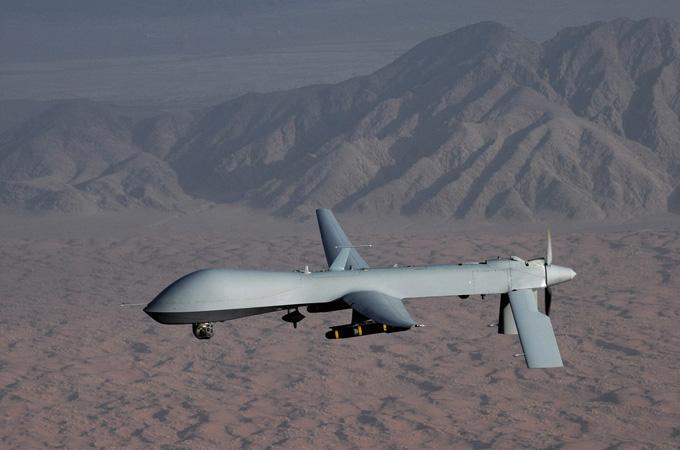 A US drone aircraft lands at Afghanistan's Jalalabad Airport in Afghanistan. New reporting from the New York Times found that the civilian death toll of drone airstrikes is much higher than official Pentagon reports.

Last week, the Pentagon announced that no one would be disciplined for the U.S. drone airstrike that killed ten Afghan civilians in August.

New reporting suggests that decision follows a pattern. Locals in Afghanistan, Iraq and Syria are killed by U.S. drones and there's little accountability after. But for many higher ups in the military, the civilian death toll is simply a cost of war. The benefits outweigh the collateral damage.

The New York Times recently released a new investigation into the government's drone use:

Drawing on more than 1,300 documents from a hidden Pentagon archive, the investigation reveals that, since 2014, the American air war has been plagued by deeply flawed intelligence, rushed and imprecise targeting and the deaths of thousands of civilians, many of them children.

Journalist Azmat Khan traveled to just under 100 drone strike sites to interview the locals affected. She and her team also gathered and studied the military's own reports on the incidents.

According to the military's count, 1,417 civilians have died in airstrikes in the campaign against ISIS in Iraq and Syria; since 2018 in Afghanistan, U.S. air operations have killed at least 188 civilians. But The Times found that the civilian death toll was significantly higher.

"What happened wasn't liberation. It was the destruction of humanity," Qusay Saad told The Times. Saad's son, daughter, and wife were killed in a U.S. drone airstrike in 2017.

Some former drone operators have been ringing the alarm. They describe the troubling effects they've observed as well as the psychological impact of operating the weaponry. But for much of the military, drones remain an important military tool.

Like what you hear? Find more of our programs online.

Tags:  what's a drone in music