What It Means to Be Human: Neill Blomkamp on Demonic 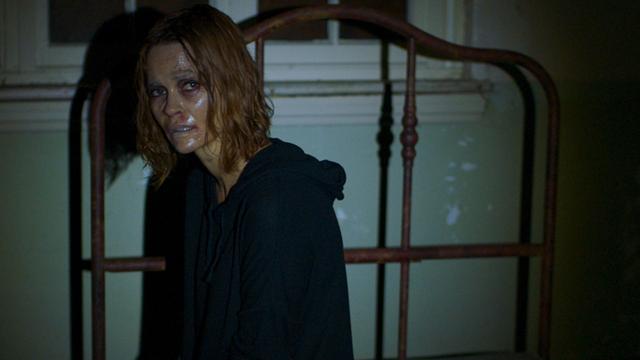 Yeah, for a while you’re not sure what character the horror will take, and yet, you filmed two people at a picnic table on a beautiful day and it feels like a slasher film.

[laughs] That was the goal. The combination of those two things, that the dread never leaves the imagery, regardless of what it is. Simmering.

Reminded me of the tech-thrillers of the '80s like "Evilspeak"…

"Evilspeak." It was one of the video nasties.

I’ll have to check that out.

Did you have to re-align your approach to suit the material? To make something more overly horrific?

I don’t know if you’ve seen the stuff we did with Oats, but “Rakka” and “Zygote” and “Firebase” were all a step in this direction.

The main separating factor between this and the other stuff I’ve done is that there’s always a level of quirk or satire in the stuff I seem to be drawn to, and I wanted to do something that was dead serious. No room for quirk anywhere. Very controlled camera work that felt like there was a level of restraint being exercised when we just sit with Carly. The only experimenting I’d done with that was with the stuff at Oats. I wasn’t looking at it like, “I’m making a horror film, what are all the tropes of a horror film, I have to get them exactly right.” It was just a slight step to the left compared to normal. It’s got science fiction elements as much as horror.

There are moments where you peer behind the curtain of the plot a little and you’re reminded of the early work.

What about it is like the earlier stuff? It’s sort of ... quite different, isn’t it?

Oh it is. Without spoiling too much, but when there’s a hint of malevolence revealed in the machinery of the clinic, I thought of the kind of evil organizations behind the threats in your first three features. In fact maybe my favorite thing in the movie is you hint that there’s going to be a set-piece right out of your early work, but it doesn’t wind up happening the way it seems like it’s going to.

Tags:  how to paint plague drones