What Happens to a Drone Racer’s Heartrate When They Navigate a Hairpin Turn? DRL and Draganfly Partner 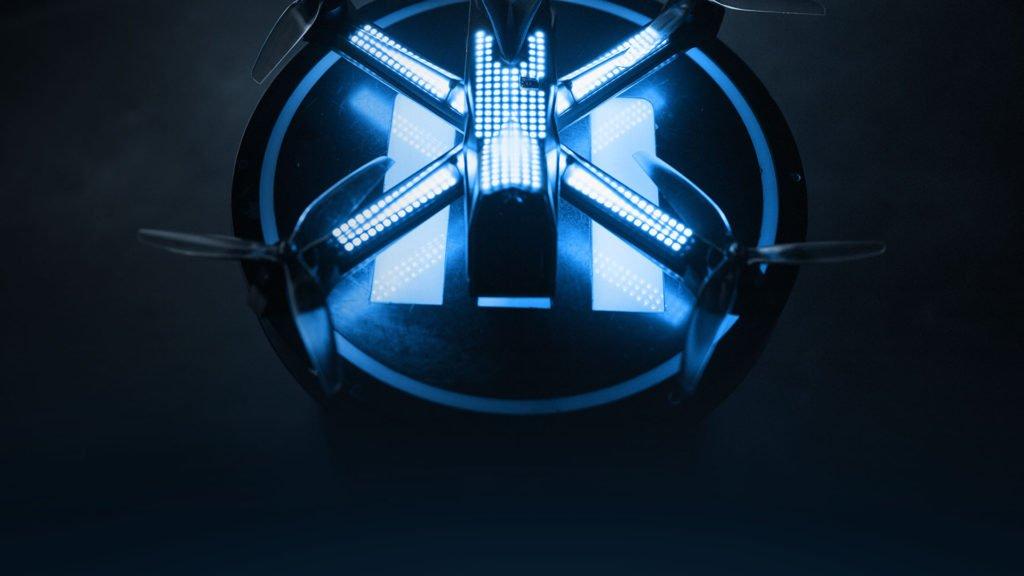 The Drone Racing League (DRL) and drone systems developer Draganfly are teaming up to develop innovative drone technologies to power up the racing world as well as to create new drone commercial and public service drone applications.

In a joint statement on Oct. 14, DRL and Draganfly said they would partner to launch DRL Labs, a drone innovation hub, to research and develop next generation drone technology. DRL’s globally broadcast races will provide real-time testing grounds for the technological innovations developed by DRL Labs.

In addition, DRL will integrate Draganfly’s ground-breaking sensor technology into the broadcasts of its 2021-22 DRL World Championship Season starting Wednesday, October 20, at 8 pm EST on NBCSN and Twitter.

With the use of Draganfly’s Vital Intelligence platform, which can utilize a camera to monitor the competing pilots’ vital signs, fans will be able to see in real time the DRL’s pilots’ physiological reactions to the break-neck speeds and hairpin turns encountered in drone-racing competition.

During the 2021-22 racing season, DRL will also release a series of video shorts produced by Draganfly entitled “Why I Fly.” These videos will spotlight individual racing pilots’ personal journeys into the world of drone flying.

The partnership of DRL and Draganfly was a natural fit for both companies, Ari Mark, DRL’s senior vice president and head of partnership development, said in an interview.

“We’re two organizations that really care about technology and innovation,” he said. “Whether it’s building faster drones or more durable drones, harder courses or smarter courses, or autonomous drones, we’re always looking for the right partners that are similarly invested in technology and DraganFly was a perfect fit for that.”

Through the partnership, DRL will not only highlight some aspects of Draganfly’s existing technology, “but we will also innovate together through DRL Labs to see what other technologies we can create together that can affect change not only in our sport, but in the broader drone industry and other industries.”

Cameron Chell, CEO and cofounder of Draganfly, said he was excited to be working with DRL, because the league is “where innovation can happen. It’s here you can take leading-edge technology, apply it in racing scenarios with top pilots and top innovators, and demonstrate where the commercial technology can end up going.”

Chell said the DRL partnership also can help advance the development of Draganfly’s existing technologies in the fields of artificial intelligence and machine vision, sense-and-avoid technologies, and autonomous flight. The partnership will provide a showcase for some of these technologies, demonstrating the benefits they can have for the racing world as well as in the real world.

“One of the things you’ll see is the actual vital signs of the racers being displayed during the race,” he said. “That’ll be provided by our Vital Intelligence technology, which doesn’t connect to any wearables, it’s simply our camera technology in front of the racers and our cameras read heart rate, respiratory rate, blood pressure and oxygen levels, and heart rate variability.”

Chell said the Vital Intelligence technology also can be used in public safety situations, whenever an unmanned drone is the first emergency vehicle to arrive on the scene. Drones dispatched to deliver emergency medical packages into a disaster zone following a tornado or earthquake could be equipped with this technology to take the vital signs of the survivors on the ground and transmit that data back to the emergency response workers that are still en route to the scene in ambulances.

In addition, DRL Labs will also be able to expose sensitive cameras and sensors, which Draganfly is developing for commercial or agricultural applications, to the extreme conditions found in the racing world. Such equipment can be used to record environmental conditions, such as air quality, moisture in the air or on the ground. “We’ll be using these in high-performance scenarios,” Chell said. “They’ll be battle-tested.”

“We view sport and competition as a great home for innovation,” he said. “We have millions of fans around the world who tune in to watch 12 pilots compete in both real-life and virtual drone race courses and we conduct events all around the world.”

The excitement surrounding a DRL race also helps attract a new generation of tech-savvy fans to the sport, which can help stimulate an interest in learning about the potential use of drones outside of the racing world.

Racing drones are designed to provide speed, flexibility and agility. “Our drones are not stabilized; they’re not meant to be still or take still pictures. They’re meant to fly through tight spaces at very fast speeds,” Mark said.

In addition, first-person view technology allows the DRL to create worlds of immersive content, in which the racing drones can be seen as flying down the sides of mountains or skyscrapers.

“It’s a great way to build a wider audience for drones in general. A lot of our fans view the wonder of drones and see the amazing things that drones can do through the context of our sport and then are more interested in learning where drones can affect other parts of their lives,” he said. “And that’s where Draganfly comes in.”

Jim Magill is a Houston-based writer with almost a quarter-century of experience covering technical and economic developments in the oil and gas industry. After retiring in December 2019 as a senior editor with S&P Global Platts, Jim began writing about emerging technologies, such as artificial intelligence, robots and drones, and the ways in which they’re contributing to our society. In addition to DroneLife, Jim is a contributor to Forbes.com and his work has appeared in the Houston Chronicle, U.S. News & World Report, and Unmanned Systems, a publication of the Association for Unmanned Vehicle Systems International.

Miriam McNabb is the Editor-in-Chief of DRONELIFE and CEO of JobForDrones, a professional drone services marketplace, and a fascinated observer of the emerging drone industry and the regulatory environment for drones. Miriam has penned over 3,000 articles focused on the commercial drone space and is an international speaker and recognized figure in the industry.Miriam has a degree from the University of Chicago and over 20 years of experience in high tech sales and marketing for new technologies.For drone industry consulting or writing, Email Miriam.