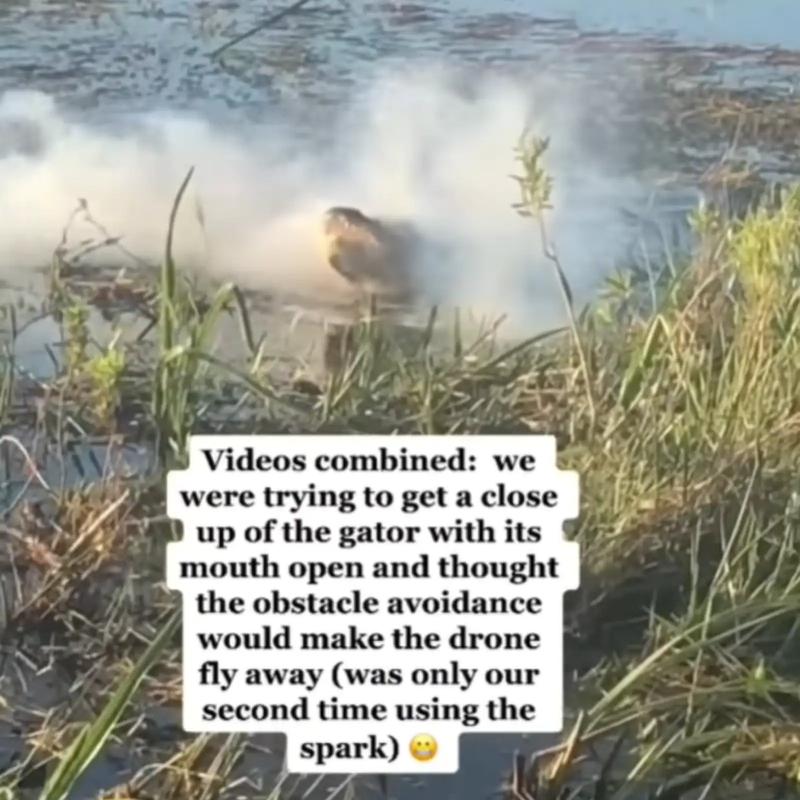 There are certain places that are protected for wildlife and should not be encroached upon by curious tourists just wish to shoot videos and take pictures to flaunt on social media. This was proven by a recent video that was retweeted by CEO of Google Sundar Pichai. The YouTube video by Viral Vids read, “Alligator Eats a drone in Everglades, Florida.” As the title suggests, the 40-second video showed an alligator spotting a drone flying over its mouth. The drone was controlled by a bunch of onlookers who, as they mentioned in the video, were trying to get a close up shot of the alligator’s mouth.

The video caption also read how the drone driver assumed that its “obstacle avoidance” feature would prevent it from falling into the alligator’s mouth if it decided to pounce on it and masticate it as a meal. How wrong the human presumption and their blind trust in technology was proven a few seconds later when the curious alligator opened its mouth and grabbed the drone in its mouth. In the following shots, viewers see how smoke billowed out of the reptile’s mouth as the drone caught fire. The onlookers could be heard gasping and even giggling at what just unfolded in front of them.

The video was shared on Twitter by Chris Anderson and retweeted by Pichai on Wednesday. With 2,49,449 views on YouTube, the incident has attracted some angered reactions from netizens who have condemned the visitors at Florida’s wetlands for not respecting the reptile’s well-being. One of the comments on the tweet read, “They should ban the use of drones in such areas as now they know, it can endanger the life of these poor creatures.”

Another user expressed his concern as he commented, “Sad to see this. Hope action is taken on these people and SOPs defined for drone photography in wildlife areas/parks and public places.”

Some even mocked the drone operator for their ignorance as they relied on the so-called “obstacle avoidance” feature as one user commented, “Obstacle avoidance? Really? This isn’t a @Tesla, and that’s not an obstacle. This is what happens when you play with nature’s prehistoric beast.”

What do you think of such intrusion in wildlife areas?

Tags:  a dron photo of a zoo