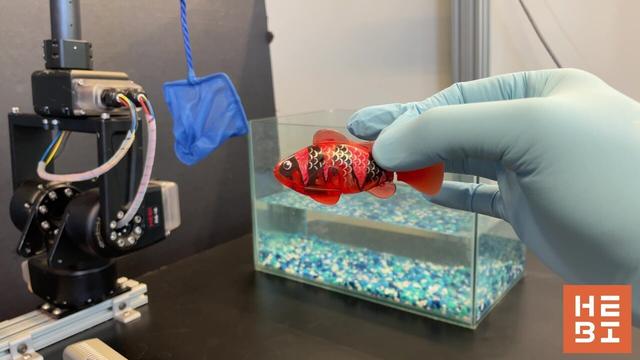 Video Friday is your weekly selection of awesome robotics videos, collected by your friends at IEEE Spectrum robotics. We’ll also be posting a weekly calendar of upcoming robotics events for the next few months; here’s what we have so far (send us your events!):

Let us know if you have suggestions for next week, and enjoy today’s videos.

This is the sort of thing that I’m used to seeing in animation form and then never hearing about ever again, but Tevel seems to have functional (for some value of functional) prototypes of its autonomous, tethered, fruit-picking drones.

I’m not sure that this can be commercially sustainable, but I’d absolutely love it if that were so.

As someone who regularly faces the challenge of removing my pine nuts from the surface of my egg yolks, I approve of this research.

On this tour of iRobot’s office, a few things to look for: the millionth and two-millionth Roombas, an inflatable hexapod from a decade ago, and (if you freeze frame at just the right time) one of iRobot’s vaguely creepy robot babies with half of its face missing.

Also, did you know that iRobot built some custom hardware to explore the pyramids?

A beautiful and dead-nuts-accurate SLAM map of the DARPA SubT course from Team CSIRO Data61.

I never get tired of videos of tube-launched drones. I think it's the sound they make when they come out of the tube, honestly.

DFKI’s Cuttlefish AUV is a submarine with two arms that can be teleoperated by a human, and when it is, it rotates to vertical to give itself a more humanlike workspace, which is a neat trick.

This robots-vs.-children video is more wholesome than you either hoped for or feared.

From Your Site Articles
Related Articles Around the Web
Tags:  how to arm drone