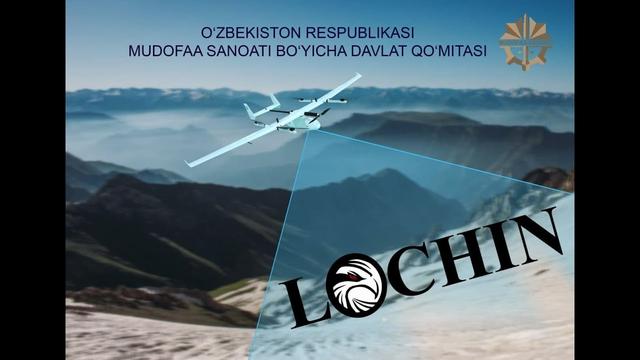 Uzbekistan has launched production of military drones under the brand Lochin (Falcon), the press service of the State Defence Industry Committee has announced.

The production is run by the Research and Production Center of Unmanned Aircraft Complexes created under the State Defence Industry Committee. “The center is fully equipped with technological and special equipment and a test laboratory for the production, assembly, repair and maintenance of the devices,” stated a press release.

Unlike fellow Central Asian countries Kazakhstan, Kyrgyzstan and Turkmenistan, Uzbekistan is not known to have placed any orders for Turkish drones following the key role that drones acquired from Turkey played in Azerbaijan's late 2020 victory over Armenian forces in the Second Nagorno-Karabakh War. Tajikistan lately received surveillance drones from Russia to assist in its efforts to monitor its border with Afghanistan. Uzbekistan also shares a border with Afghanistan but is on relatively good terms with the Taliban compared to the Tajiks.

The import, sale and use of unmanned aerial vehicles (UAVs) has been banned in Uzbekistan since 2015, with exceptions made for imports and usage of the State Unitary Enterprise "Geoinnovation Center" under the State Committee for Land Management. Before 2015, drones were becoming increasingly popular in the country such as in the production of wedding films, music videos and feature films.

In 2017, President Shavkat Mirziyoyev gave instructions for special attention to be paid to the development of drone production, with a joint venture organised for this purpose.

A temporary drone use permit was granted in May 2018 for the preparation of photo and video materials on the tourism potential of Uzbekistan by foreign creative groups at the request of the State Committee for Tourism Development, the Ministry of Culture and the Uzbekkino National Agency.

A law adopted in May 2019 amended the Criminal Code leading to a tightening of responsibility for the illegal import and operation of drones.

In May 2020, a videographer who intended to use a drone to shoot a clip in Andijan was prosecuted and received a probationary sentence.

Tags:  what is a military drone