US warned Israel over Chinese push to get defense tech: Sources 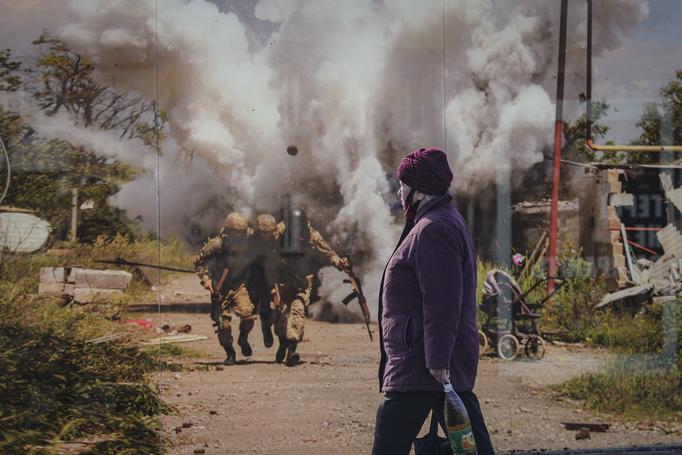 Israeli and Chinese flags on display during a diplomatic meeting at the Great Hall of the People on May 9, 2013 in Beijing, China. (Photo by Kim Kyung-Hoon-Pool/Getty Images)

TEL AVIV: Israel is launching a new effort to crack down on Chinese attempts to obtain Israeli defense technology, as the country gears up for a high-profile legal case, allegedly involving the sale of drones to Beijing, next month.

Sources in the Israeli defense establishment say that enforcement has ramped up as a result of increased Chinese efforts, including Chinese firms making direct contact with Israeli industrial experts.

Breaking Defense has learned that several months ago, the Biden administration warned Jerusalem that China is operating a web of companies inside Israel as part of a dedicated effort to acquire advanced defense technologies. Sources here would not say what technologies or companies have specifically been targeted, but did not that some efforts have already been uncovered and foiled.

Chinese attempts to infiltrate Israeli defense firms are not new. Defense firms here have strict orders not to have any contact with China on issues that have a “smell of security or defense,” a security official in one of the Israeli defense industries said. The Shin Bet, Israel’s internal security service, has been in charge of countering these efforts.

But, according to defense industry sources, the Chinese are now operating straw companies in an attempt to partner with Israeli companies to create corporations that can look very legitimate but, in fact, are aimed at moving Israel defense technologies to China. The straw companies, sources say, are being used to disguise the real end-user of the technologies involved.

“These straw companies are well disguised and it is very hard to identify who is the real client,” an Israeli defense industry source told Breaking Defense.

As a result of the US warning, the Israeli internal security service has enhanced its efforts to uncover such attempts, and in recent months, the security department of the Israeli Ministry of Defense has issued a set of new instructions to industry to try and identify potential issues. (In the US, the Department of Justice launched its own, somewhat controversial initiative to weed out nefarious Chinese activity in US science, tech and defense industries.)

According to the new instructions, any attempt to make contact with an Israeli defense company should be brought immediately to the Israeli internal security service and the security department of the ministry of defense. “Only these organizations have the tools to uncover illegal attempts,” a source in one of the defense industries told Breaking Defense. The source added that while the major Israeli defense industries have their own security departments, smaller companies do not have the tools to spot a suspicious request for cooperation.

The China situation has been thrown into the public eye due to a high-profile legal case against a drone company the Israeli government alleges was part of a multi-million dollar effort from a Chinese firm. This case is viewed as more serious than previous efforts that have been uncovered, because it involved Israeli citizens and the test of the systems inside Israel itself.

In December, Israel’s Financial Department of the State Prosecutor’s Office accused 10 individuals and three companies of helping to sell loitering weapon systems to China without having received official approval.

The indictments will become official after the involved people will be called to a hearing with the authorities involved in the investigation. That is expected to happen in in February.

According to an official statement, the suspects “manufactured dozens of cruise missiles and carried out different tests in Israeli territory, endangering people’s lives.” Per the statement, Ephraim Menashe, the head of drone manufacturer Solar Sky, allegedly worked with a Chinese firm to help supply loitering weapon systems to the Chinese army. Menashe allegedly hired the owners of Innocon, a company that manufactured UAVs for intelligence purposes, and also recruited other people who worked to produce the loitering weapon system and all its components, from rocket engines to the wings.

Allegedly the scheme led to the production of dozens of systems, which were then transferred to China. It does not appear any of the systems have been actively used by the Chinese military.

The lawyers representing the suspects were quoted in the Israeli media as saying that they are confident that after the hearing the case against their clients will be dismissed. One of the suspects, speaking to Breaking Defense on condition of anonymity, said that “things are totally different from what is described by the investigators, and I hope that the real picture will become clear after the hearing.”

One of the sources added that the Israeli government is “walking on a thin rope” as it tries to balance its economic interests with China and its longstanding political reliance on Washington.

While the legal drama around Menashe has been the highest-profile case in some time of China’s ambitions to get Israeli defense technology, it’s hardly the first such effort. In recent years, the Chinese have attempted to penetrate Israeli systems using cyberattacks. Most of these attacks were foiled by the special Israel cyber defense units.

The Israeli ban on exporting defense technologies to China goes back to 2000, when intense American pressure led Israel to cancel the sale of the Phalcon Airborne Early Warning System to China. Following the cancellation of the very contract, Israel had to pay China $350 million compensation.

Another issue arose in 2004 with a loitering system known as the Harpy at the center. Designed by Israel Aerospace Industries, the Harpy was sold to China in 1994, and a decade later was returned to Israel for upgrades. Washington, concerned that the Chinese could use the Harpy in a future conflict over Taiwan that would endanger American forces, demanded that Israel not return the systems to China. Ultimately, the Harpy was returned in 2005, without upgrades.

The Army’s on-the-horizon electric, tactical wheeled vehicles need to align with the commercial market so that industry can both build and sustain them.

The Army’s on-the-horizon electric, tactical wheeled vehicles need to align with the commercial market so that industry can both build and sustain them.

Russia has what it needs for ‘horrific’ invasion of Ukraine, DoD leaders say

“While we don’t believe that President Putin has made a final decision to use these forces against Ukraine, he clearly now has that capability,” Defense Secretary Lloyd Austin said.

Tags:  how big are military drones