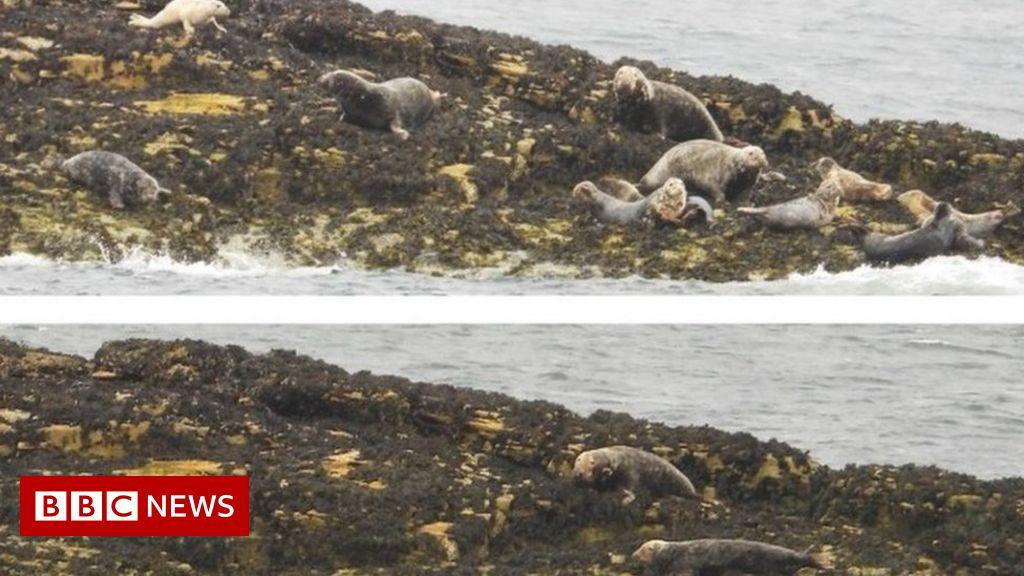 UAV pilots, both tested veterans and uninitiated neophytes, cannot be reminded enough that flying too close to wildlife can be tantamount to harassment when the creatures react in fear. That message was reiterated again this week after conservationists in Cornwall, England, witnessed a drone spooking a group of resting seals to bolt into the sea.

Leaders of the Cornwall Seal Group Research Trust issued another pointed reminder for drone pilots to keep a minimum of 100 meters away from pinnipeds after its members watched a UAV startle a group of the marine animals. The organization’s founder, Sue Sayer, told the BBC the craft flew directly over the slumbering mammals, giving them a “massive shock” that caused 11 of them to scramble into the sea.

In addition to the obvious risk of slashing themselves while fleeing in panic over the sharp rock outcropping where they slept, Sayer said drones flying too near to seals could have other potentially negative consequences as well.

“Shock creates a stress hormone release, as it does for humans, where it raises your heart rate and it raises your breathing rate,” she explained. “For the seals their safest places is the sea, so they leg it into the sea… Sometimes the tide’s gone out a long way and the seals tombstone into the water and that risks life threatening injuries from broken ribs, or if it’s a pregnant female then she’s bouncing on her unborn pup.”

Sayer added that when seals are asleep on rocks or on favored haul-out beaches, they aren’t merely resting up, but also replenishing their oxygen supplies ahead of the next outing in search of food. A drone’s arrival abruptly disrupting that cyclical biological activity could feasibly undermine their well-being.

“It can actually make the difference between life and death by tipping them into an energy spiral deficit,” she told the BBC.

Over the past year, a chorus of warnings have risen from park officials, environmentalists, and myriad animal lovers around the world appealing to drone pilots to steer clear of wildlife – and the potential harassment intrusive flights can become. At times those disruptive UAV flights have been intentional – like the outing that provoked a stampede of hundreds of sunning seals on a beach in Scotland before the craft was flown back around to take an aerial selfie of the group responsible.

In contrast to that willful recklessness, Sayer believes insouciance was behind the Cornwall incident, which is why she issued her reminder-cum-plea for drone pilots to keep at least 100 meters away from seals rather than firing off angry accusations.

“The seals (were) probably one of the main objectives of the drone operator, but I’m absolutely sure that they had no idea that they would have an impact on the seals,” she said. “I really enjoy drones and value the footage that they can collect, but operators should avoid flying over congregations of wildlife, the safe distance is 100 meters from land, sea and air, so respect that.”

Aware the people at the sticks in Cornwall may well have been newcomers testing out a UAV they received during the holidays, Cornwall Seal Group Research Trust’s Facebook page has posted additional guidance for apprentice drone pilots.

“Did you get a drone for Christmas?”

“Please learn about the law to become a best practice operator.”

“Do your CAA test and get your Flyer ID!”

Tags:  how much do drone pilots make