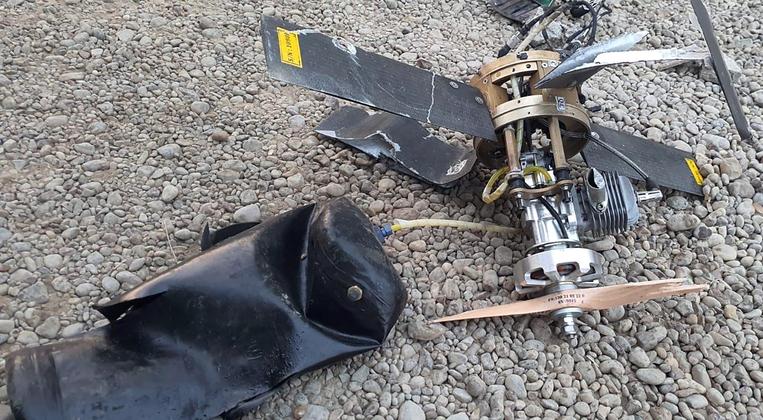 The incident, which was not claimed by any group, came two years after a US drone strike near the airport killed Iran's revered General Qassem Soleimani and his Iraqi lieutenant.

A counter-rocket, artillery and mortar, or C-RAM, system "at the Baghdad Diplomatic Support Center engaged them and they were shot down without incident," added the source, speaking on condition of anonymity.

The BDSC compound houses "a very small number of coalition troops who are not in a combat role," the source said, describing them as logistical troops, contractors and civilian personnel.

The January 3, 2020 US strike killed Soleimani -- who headed the Quds Force, the foreign operations arm of Iran's Revolutionary Guards -- and Abu Mahdi al-Muhandis, deputy leader of the Hashed al-Shaabi coalition of armed groups.

Photos obtained by AFP from the coalition official show remains of one of the projectiles from Monday's attempted strike, with the message "commanders' revenge operations" written on it.

"The Iraqis have opened an investigation," the coalition source said.

"There is no damage, but this is a civilian airport, it is very dangerous to launch this type of attack."

The night-time strike two year ago, ordered by then-US president Donald Trump, hit a car in which Soleimani and Muhandis were travelling on the edge of the airport.

The Hashed -- a coalition of former paramilitary groups now integrated into the Iraqi state security apparatus --- held a candle-lit vigil Sunday at the airport for the two men killed.

The US said at the time that Soleimani was planning imminent action against US personnel in Iraq, a country long torn between the competing demands of its principal allies Washington and Tehran.

Five days after his killing, Iran fired missiles at an air base in Iraq housing US troops and another near Arbil in the country's north.

Since then dozens of rockets and roadside bombs have targeted US security, military and diplomatic sites across Iraq.

Western officials have blamed hard-line pro-Iran factions for the attacks, which have never been claimed.

The Hashed has repeatedly called for the withdrawal of US troops deployed in Iraq as part of the coalition.

The US-led coalition on December 9 declared it had finished its combat mission in Iraq and that its around 2,500 troops would shift to a purely training and advisory role.

IS, which established a so-called caliphate across swathes of Syria and Iraq from 2014, was defeated in Iraq in 2017 by national forces and the coalition that has included more than 80 countries.

However, IS remnants still carry out attacks against security forces and civilians.

Take international news everywhere with you! Download the France 24 app