TN gets own drone manufacturing company- The New Indian Express 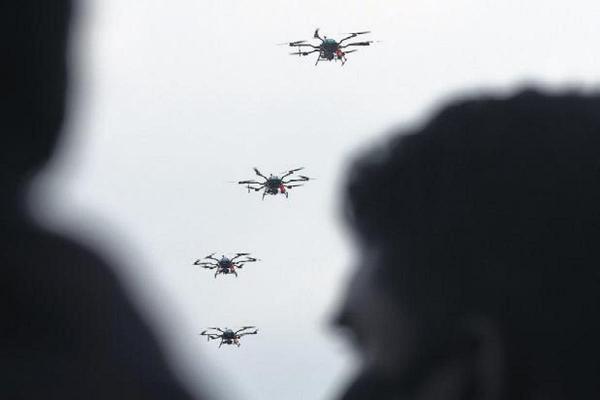 CHENNAI: Chief Minister MK Stalin on Tuesday launched Tamil Nadu Unmanned Aerial Vehicles Corporation (UAVC) that was set up at a cost of Rs 10 crore. The objectives of the UAVC include designing, manufacturing, and trading of all types of drones and allied systems, including multi-mission airborne drones, unmanned aerial systems, and aerial surveillance for search and rescue operations.

Congratulating the faculty and students of the Centre for Aerospace Research (CAR) on the Madras Institute of Technology campus of Anna University, Stalin said the centre has been producing drones with financial assistance from the State government.

“Initially, they were used by the State police department and later by the Disaster Management Department for conducting surveys in mines and for aerial photography. The need for drones is rising. Such inventions have set an example for technical innovation in TN. Universities should emerge as research centres instead of remaining as degree-giving institutions,” the CM said.

Stating that Tamil Nadu has an efficient youth force, Stalin said, “Research and inventions should increase in TN and we have to infuse modern studies and courses on foreign countries in State colleges and universities, he said.

Stalin also inaugurated a 1MW-capacity solar power plant, installed at a cost of `7.25 crore, on the Madurai Kamaraj University (MKU) campus through videoconference. The CM said other universities should emulate MKU in tapping solar power.