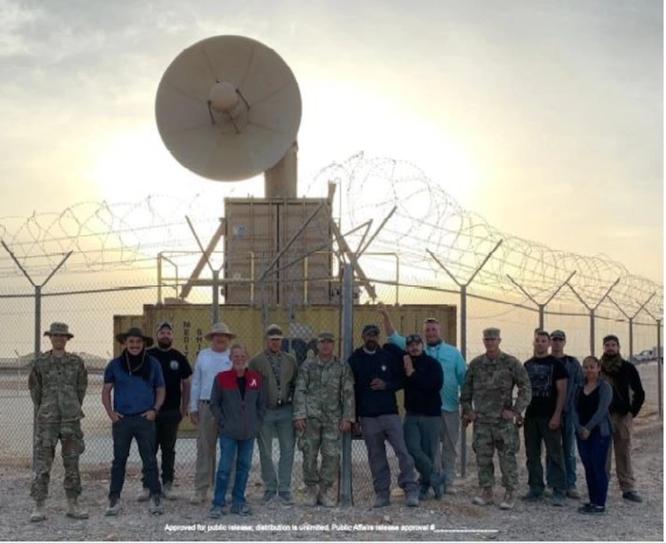 The Air Force Research Laboratory is celebrating the success of its counter drone weapon, the Tactical High-power Operational Responder, after being named the Popular Science “Best of What’s New” in the security category.Each year, Popular Science reviews thousands of new products and innovations, to choose the top 100 winners across 10 categories. To win, the technology must represent a significant advancement in its category.In 2019, scientists and engineers, working in AFRL’s Directed Energy Directorate at Kirtland Air Force Base, were tasked with the challenge of creating a technology that would provide additional layers of base defense — a system that was portable and could be easily operated by service members in an operational setting.In record time, the system was designed and built, with a source that uses high-power electromagnetic bursts to instantly disable swarms of small drones — and they named it THOR.“THOR is nearing completion of an operational assessment, after being put through the rigors of operating in a variety of challenging conditions,” said Adrian Lucero, THOR program manager.Speaking to the effectiveness of the system, Capt. James Wymer, THOR deputy program manager, had this to say.“Our recent field assessment had an almost 90% effectiveness by operators in the field, who had just been trained on the system,” Wymer said. “THOR is an early demonstrator and we are confident we can approach a 100% kill rate by refining the hardware and improving operator training.”As the dangers from drone swarms evolve, leaders from across the Department of Defense are working closely to ensure emerging technologies like THOR, will be ready to support the needs of warfighters already engaged against these threats.While AFRL celebrates the success of the technology, leaders at Kirtland AFB are recognizing the hard work of their team, who have decades of research in high-power electromagnetic technologies.“We couldn’t have come this far without the perseverance and professionalism of the entire THOR team,” said Dr. Jeffry Heggemeier, AFRL’s High Power Electromagnetics Division lead. “Our scientists, Airmen, and contractors worked nights and weekends to make this all possible, and they’re still doing it every day. The real reward will be when we see a THOR defending our service members on the front lines.”

THOR is a prototype Directed Energy weapon used to disable the electronics in drones, and was specifically engineered to counter multiple targets – such as a drone swarm – with rapid results. (U.S. Air Force video animation)

Tags:  how to disable a drone