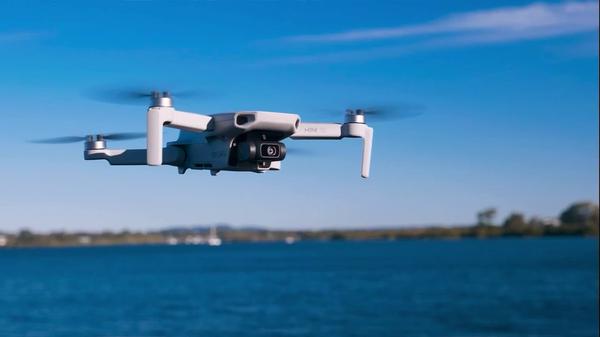 We thought we’d step back for a moment and look at the rules for sub-250 gram drones. Why? Because some pilots are under the impression that none of the rules apply… and that’s not the case.

We’re going to focus this one on North America, though we suspect some of the same principles apply elsewhere. We also suspect there are plenty of pilots who might also have some of the common misconceptions around 250-gram drones. We know of people who believe the rules simply don’t apply to these lighter drones, and that you’re free to fly them anywhere, anytime.

That’s not really the case, though sub-250s definitely have some advantages.

The Federal Aviation Administration and, a little north, Transport Canada (TC), place drones weighing less than 250 grams in a separate category. That’s because it’s been determined that drones in this class are less likely to cause damage or injury than drones weighing more. So far, so good.

Because of this distinction, many pilots have flocked to buy the DJI Mini or its Mini 2. And that’s understandable. Drones of this size, if used recreationally, do not require registration. If you are flying commercially with a Part 107 certificate, however, you do need to register this drone if you’re using it for commercial operations.

In Canada, Transport Canada is the federal department that makes the rules for manned and unmanned aviation. We contacted TC to discuss how sub-250 gram drones differ when it comes to regultions – and also to get a better handle on which rules do apply.

The basics? Well, you do not require a Remotely Piloted Aircraft (RPAS) Certificate to fly these drones in Canada. You also don’t need to register them. However, TC is pretty clear that the common sense rules that apply to heavier drones also apply here. As Transport Canada wrote to us in an email:

So there’s no exclusion there for lighter drones. TC goes on to say this:

“Pilots of drones weighing less than 250 g are responsible for making sure they fly in a way that doesn’t pose a danger to people or aircraft but are not required to register or have a drone pilot certificate.”

Transport Canada has made up a handy chart to keep the rules fresh in your mind. You can download it in pdf form at the link, and you’ll see it below:

That document then goes into specifics, offering this list of guidelines as a “rule of thumb” to follow:

So you can see where this is going: Although the rules carved in stone for drones weighing from 250 grams to 25 kilograms do not specifically apply, you’re still expected to follow common sense. And that common sense happens to align with many of the specific rules for drones weighing more than 250 grams. So you still need to maintain Visual Line of Sight, avoid exceeding 400 feet, etc.

In short: Follow the same guidelines that are in place for heavier drones. One of the notable exceptions here is for operations in controlled airspace. With a larger drone, it’s not only required that it be registered with TC and that the pilot have an RPAS operator’s certificate, but that the pilot must also notify and obtain clearance from NAV Canada, which regulates the movement in Canadian airspace for manned and unmanned aircraft.

To recap, the FAA does not require you to register a sub-250 gram drone, unless you are using it for commercial operations under Part 107. Then it must be registered.

After that, you’re kind of following the same principles laid out by Transport Canada: Don’t carry out any kind of mission that would cause a danger to manned aviation or to people or property on the ground. You must also obey municipal laws that might be in effect in your city. Some cities, for example, have a blanket ban on drones in city parks and make no distinction regarding weight.

Good question. And the answer is yes, providing the drone has propeller protection and does not weigh more than 250 grams with those protectors on. That’s going to exclude the Mavic Mini and the Mini 2. Specifically, here are some of the requirements the FAA says must be met:

The drone must also be compliant with the new Remote ID rule, which goes into full effect in October 2023. Plus, of course, if you are carrying out commercial operations you’ll need to have registered your sub-250 drone and be carrying a valid Part 107 Certificate.

You can get more details on the rule for flying over people here.

This is also worth pointing out. There are now plenty of small toothpick-style quads with carbon frames capable of pretty incredible speeds. Though there hasn’t yet been testing on these models that we’re aware of, we can tell you we’d sooner be hit by a Mini 2 at full throttle than one of these, which we believe could indeed cause serious harm, especially if it connected with your head or another vulnerable part of a person’s body.

Remember: You’re the pilot-in-command. And even if you don’t have to register your drone, you do have to use common sense when flying.

So follow the rules, including federal, state/provincial and municipal regulations.