Tech disputes at Rittenhouse trial not new issue for courts 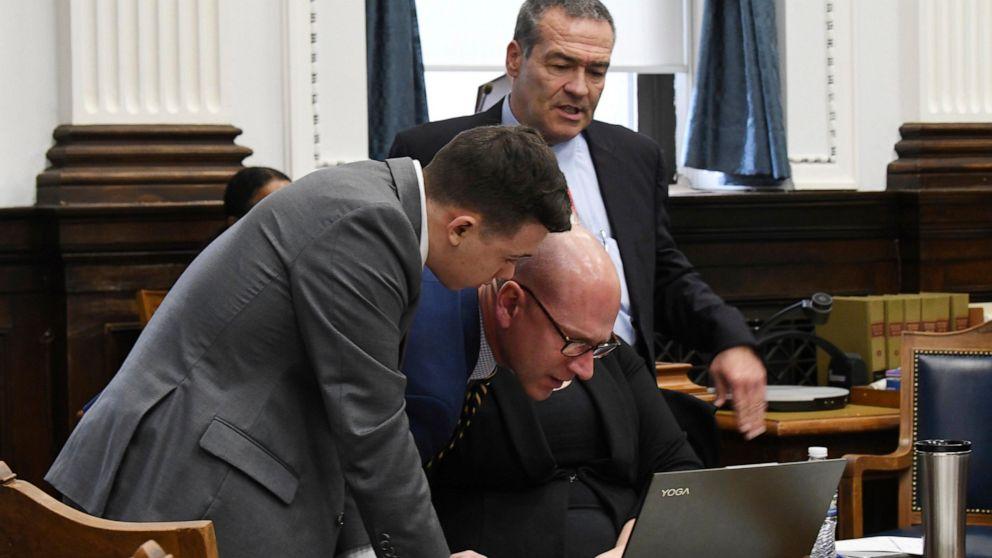 Rittenhouse’s defense team challenged Kenosha County prosecutors’ attempt to introduce enlarged images taken from drone video footage. Prosecutors said the images were a clear contradiction of Rittenhouse’s earlier testimony that he had not pointed his weapon at protesters prior to killing Joseph Rosenbaum.

Rittenhouse’s defense, though, argued that the method used by a state investigator to enlarge the photos couldn’t be trusted to accurately show Rittenhouse’s actions.

James Armstrong, a senior forensic imaging specialist with the Wisconsin State Crime Lab, acknowledged on the stand Thursday that enlarging an image requires the addition of pixels. But prosecutors said the software Armstrong used is widely accepted — as is the method he used to enlarge the photos.

Software programs used to analyze video evidence provide several ways to enlarge photo or videos, based on algorithms. The attorneys’ debate over which is more accurate created a technical slog as testimony wound down this week.

In one instance, Judge Bruce Schroeder opted to let jurors see the evidence and make their own decision. In another, he told prosecutors they would need to bring someone in to address the issue.

The sparring experts in the Rittenhouse case used different software and methods in those programs to enlarge images supporting their testimony. Each method has drawbacks but any means of enlarging an image requires adding pixels, said David Forsyth, a professor of computer science at the University of Illinois.

But there is “no way” that any means of enlarging a photograph will “create structures, objects, people, handguns,” said Forsyth, who isn’t involved in the case.

Still, Forsyth said he understands judges who scrutinize the details before allowing similarly technical evidence to go before a jury.

“All due respect to Your Honor, I think the defense is trying to take advantage of your lack of knowledge about technology which you’ve expressed,” Kraus said.

Schroeder’s confusion with the technical details was obvious in court. Earlier in the week, he questioned whether using the pinch-and-zoom feature on an iPad would alter an image and barred prosecutors from using that while presenting video evidence to jurors.

“I totally agree with your comment about my lack of familiarity with these concepts, although logic, I have some logical skills,” he said on Thursday. “This is a difficult concept for me, yes.”

At one point, Schroeder, attorneys for both sides and Rittenhouse clustered around a television as a detective played the video footage repeatedly.

At least one forensic video expert uninvolved in the case said Rittenhouse’s attorneys were right to challenge the state’s approach to enlarging the video evidence. Grant Fredericks of Forensic Video Solutions said the state’s first proposal — the pinch and zoom method — is impossible to exactly replicate, which is essential when creating a record of a criminal case for potential appeal.

Fredericks said he’s testified on video evidence hundreds of times, both for defendants and prosecutors in criminal and civil cases, and instructs law enforcement on video analysis. He said the witness called by Rittenhouse’s team used video analysis software in a way that could be exactly replicated and “stayed in his lane,” while the state crime lab expert struggled to justify the method he had used.

“If a video is not reproduced accurately, one juror might interpret it incorrectly or might see something that they consider to be really clear,” Fredericks said. “My duty as an expert is to make sure everything I’m showing is reliable.”

“Unless this kind of scientific or picture evidence is really dramatically prejudicial or doesn’t really have a good scientific basis, (judges) usually let it in,” Goldman said. “And then you let the lawyers explain what the problems might be.”

Tags:  a dron photo of a zoo