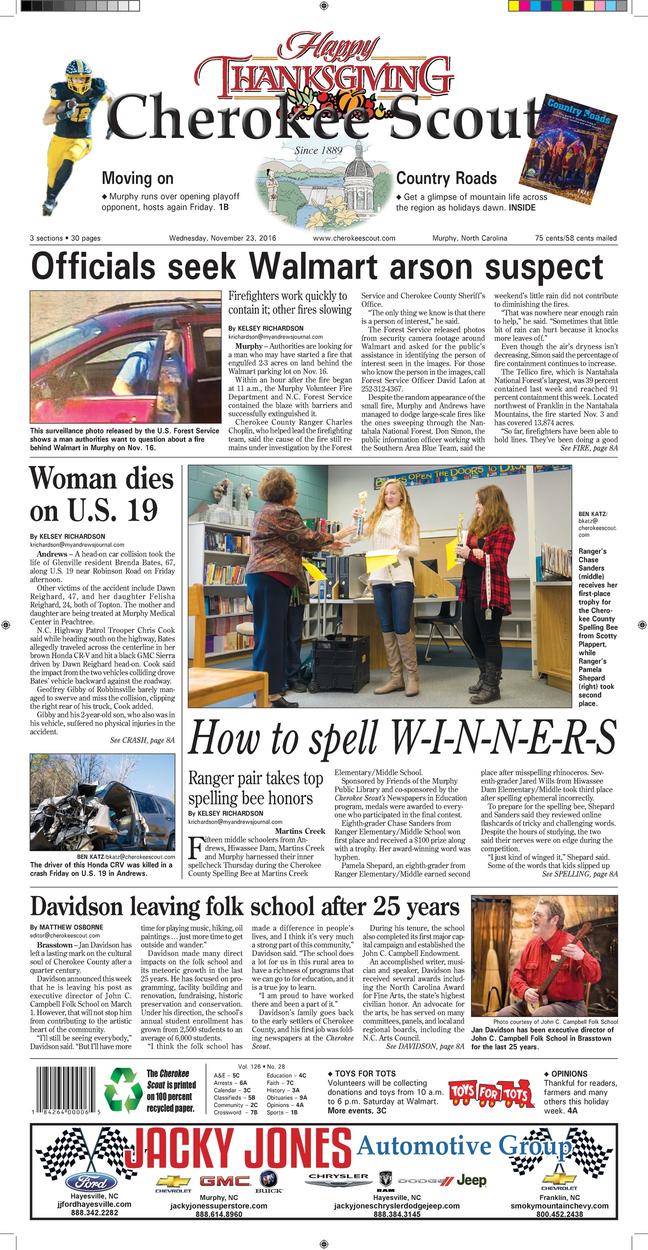 About 180 years ago, Austria attempted to take over Venice using a strange, almost cheerful battle strategy. They filled balloons with explosives and counted on the wind to blow them over Venice. However, the wind can be fickle, and many of the balloons exploded over their own camps.

Despite these devastating setbacks, their idea was novel. So as wars continued to march through history, the Austrian’s idea of unmanned weaponry was tweaked and stretched until it arrived in modern society in the form of a drone. Modern drones rely on radio frequency for precision, and while they are have become an active member of the armed forces, drones also serve many pragmatic uses in civilian life.

Many people may think of Amazon deliveries when considering drone use in their daily lives, but Bryan Byrne, a physics and math instructor at Tri-County Early College High School, envisions drone use on a much grander scale. He sees drones as a way to enhance life, rather than to destroy it.

“They can be used for high-tension power line inspections, inspections on solar farms, prescription dropoffs, search and rescue, and will soon be used to transport donated organs between hospitals,” he said.

Byrne teaches the new drone courses, and with his background in aviation and work with NASA, he is excited about this curriculum addition of Drone Technology One and Two. To pass Drone One, students must earn their FFA part 107, a certificate that concentrates on the regulations – and there are many of them – before flying a drone commercially.

Senior Elizabeth Kisselburg, 17, enjoyed the first course, saying, “We learned drone history … and how drones changed from the balloons.” She signed up for the course because “it sounded interesting.”

Kisselburg was aware of drones before enrolling in the class.

“I knew about drones flying the sky and being able go different places a human can’t reach,” she said.

While drone piloting shares some characteristics with video gaming, Kisselburg pointed out the distinctions.

“I’m not much of a video gamer,” she said, “but I’d say the drone is different because you are paying more attention to your surroundings.”

Byrne agrees, saying drone piloting requires “lots of patience and attention to detail. It’s not like anything they’ve worked with before because you have to keep meticulous records of maintenance and trainings, flights. Some may not find that super exciting, but it is super necessary to keep the bird in the air and not fall on somebody’s head.”

These birds aren’t cheap, either. Byrne said the used drones they fly for the program cost $12,000 each. The school bought the equipment with funds from a state grant and Byrne feels they got a good deal.

‘It helps with safety’

Kisselburg enjoyed her Drone One class. She felt “the regulations make sense.” She wanted to learn the procedures and codes.

“It helps with safety,” she said. “You have to know them because you fly along with airplanes, too, and you have to know what they are talking about with their codes. These precaution to make it safer.”

Kisselburg listed one surprising caution: “You can’t fly over people because that’s restricted.”

Byrne elaborated. “There are dangers involved in flying drones. They can fall out of air and onto somebody or somebody’s house.” To offer perspective, he added, “the same thing can happen to private airplane.”

Drone piloting as a career holds other dangers as well, Byrne said.

“The field is becoming automated,” meaning drones can be operated by artificial intelligence, he added. It’s similar to a grocery store checkout structure.

Today, human pilots operate drones on a one-person-to-one-drone ratio, like checking out groceries in a manned line. In the future, automated piloting will look more like the self-checkout, with one pilot manning multiple drones – expect the pilot is a machine.

This threat to career longevity or relevance doesn’t bother Byrne or Kisselburg.

“I don’t have a problem with it [automated piloting] as long as it’s being done smart,” he said.

Kisselburg has more philosophic view on automated drone piloting. “I guess it depends on the way someone views it. It can be predicted as bad or good.”

On the good side, she said. “I guess that some regulations have to do with the pilot’s own mental stability,” so she believes any accident or injury caused by human emotion or error would be eradicated through automated piloting.

The school enrolls 11 students in the program, none boys and two girls. Tri-County helps place the students into jobs after they graduate, but the newness of the technology could offer a boost or a bust for placement.

“We try to the best of our ability to get students placed but this is really an infant program and so the outcomes are unknown,” Byrne said.

He added that the career has the potential to explode into a high-demand field or may be saturated with licensed drone pilots waiting in line behind automated pilots, who could take over the human component of the job.

This idea doesn’t concern Kisselburg in the slightest. She finds the career exciting, not necessarily based on job security, but rather how it expands her experience of being alive on the planet. She can see the world in way that has never been viewed before.

“I find it exciting,” she said, “to be able to discover [geographic] areas in pictures and ways to find landscapes from a different viewpoint than as a human.”

Tags:  how to become a drone pilot