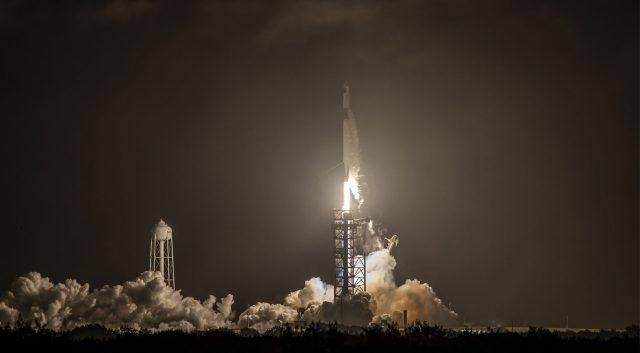 Exactly six years after its first successful recovery, SpaceX has landed a Falcon booster for the 100th time.

On December 21st, 2015, the first Falcon 9 V1.2 Full Thrust (Block 1) rocket lifted off from SpaceX’s Cape Canaveral LC-40 launch pad on the company’s return-to-flight mission after a catastrophic in-flight failure just six months prior. Unwilling as ever to waste an opportunity, no matter how important the mission, SpaceX – on top of debuting a major Falcon 9 upgrade – chose to take advantage of the return to flight to attempt to land a Falcon booster back on land for the first time ever. Ultimately, on top of successfully deploying multiple Orbcomm OG2 communications satellites in orbit for a paying customer, Falcon 9 booster B1019 sailed through its boostback, reentry, and landing burns without issue. About nine minutes after liftoff, the rocket ultimately touched down on a concrete “landing zone” just a few miles from where it lifted off with uncanny ease relative to SpaceX’s numerous failed attempts in the ~18 months prior.

Exactly six years later, on December 21st, 2021, Falcon 9 booster B1069 lifted off from Kennedy Space Center (KSC) Pad 39A with an upgraded, flight-proven Cargo Dragon in tow for SpaceX’s 24th International Space Station (ISS) resupply mission. CRS-24 also marked the company’s 31st and final launch of 2021, representing more successful Falcon launches completed in a single year than SpaceX had even attempted in its entire nine-year history up to the point of that first successful booster landing.

Thankfully, no such fate befell B1069 and the booster now has a potentially long and productive life of launches in front of it. With just a single NASA mission under its belt, the Falcon 9 is a prime candidate to launch SpaceX’s upcoming Axiom-1 private astronaut mission, though it could just as easily support any number of upcoming missions for the US military, NASA, the Italian Space Agency (ASI), or other major customers.