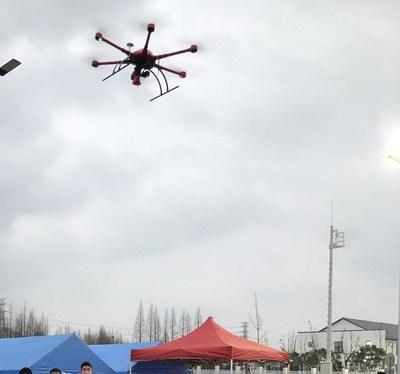 Kozhikode: Kadalundi native Sajith Kolleri has developed a drone that can fly while carrying up to 15 kilograms. The drone designed by Sajith’s team ‘Supertech’ won the first prize in the ‘Drone Development Hackathon’ organised by Kerala Police Drone Forensic Lab in Thiruvananthapuram.

The competition was held under the category of heavylift. The drone can carry up to 15 kilograms and travel within a radius of 1.5 kilometres. The drone is 4.5 feet long and the distance radius can be increased by using remote controls. The drone can also be programmed through GPS.

Sajith said that such drones can be used extensively to carry food and medical supplies to disaster-struck areas. The drone can be utilised for farming purposes and for surveillance purposes by the army and police. Sajith got the help of his friend Pranav Padannapuram in the competition.

Sajith has been experimenting with drones for 8 years. He has not been able to try out drones in open space due to restrictions. He has applied for a license and hopes to get it soon. Sajith had constructed a smart electric bike before this. A cash prize worth Rs 10,000 was awarded to Sajith by Minister Antony Raju.