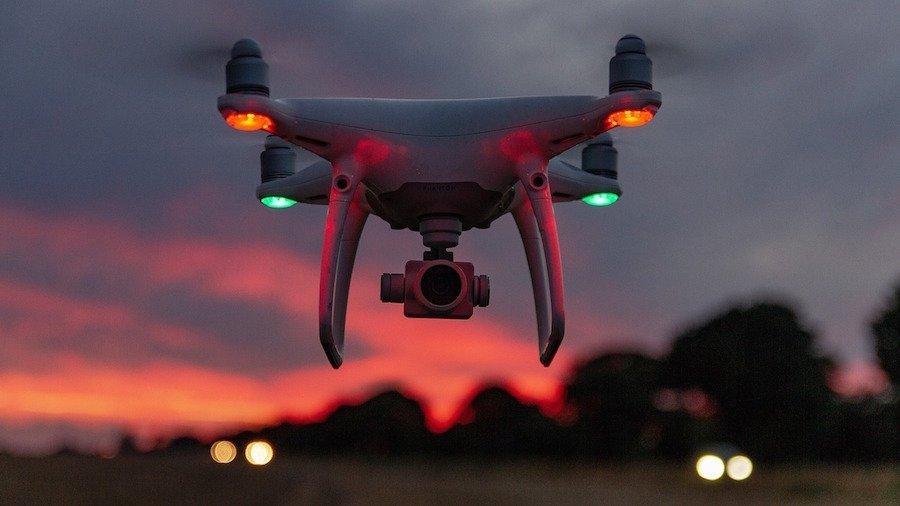 During the six hours Trent Leach was hiding in an abandoned church in downtown Las Vegas on Sept. 21, police said, he fired 20 rounds, striking a SWAT vehicle and the window of an occupied apartment.

The Metropolitan Police Department sent two robots in to find Leach, a 4-by-4-foot one that stayed by the door recording and an 18-inch-long one that canvassed downstairs.

Leach was upstairs, but the skinny, circular stairwell was too difficult for either robot to ascend. Metro sent a drone in, which showed Leach was hiding in an entryway to the attic. When he saw the drone, he leaned over and shot it before coming downstairs to destroy it, two Metro officials told the Review-Journal.

Once downstairs, Leach stepped over the small robot and headed to the doorway, where SWAT and the large robot were watching. Video provided to the public at a Metro briefing showed that Leach’s face appeared outside the door, he pointed his weapon at officers and was killed by a SWAT officer who fired one shot.

“If officers had to approach that, it would have been an ugly situation,” he said, calling Leach “exceptionally violent.”

Haskins had been with Metro’s All-Hazard Regional Multi-agency Operations and Response, or ARMOR unit, since its inception in 2005, when one officer from every area command was recruited to help start the section. ARMOR started responding to SWAT calls in 2010.

“Obviously when you’re talking about explosives, it’s a lot safer for a robot to go in and defuse the situation,” said UNLV professor William Sousa, director of the Center for Crime and Justice Policy.

Sousa said that drug detection and searching for dangerous suspects is often done by K-9s. But those situations can be fatal for dogs the same as they can be for officers.

“Police use robots to clear buildings in situations where they used to use dogs. While K-9 units can be extremely effective, they have come under some scrutiny,” he said. “In the public perspective, they would much rather a robot shot than the K-9.”

Clark County Sheriff Joe Lombardo said Metro believes that one K-9 can search as effectively as five officers. Deploying technology instead of a dog could “benefit us exponentially,” he said.

During a community meeting in September, Metro Detective Dave Martel showed downtown Las Vegas residents drone footage of what turned out to be an empty garage. After the drone searched inside for the wanted suspect, Martel said officers could walk through safely to continue their search during the barricade event.

The drone unit started on Oct. 2, 2017, with its first official mission of canvassing the Oct. 1 shooting scene. It was the largest crime scene in history, Martel said, at 17.64 acres. Now the unit responds to barricades, but he hopes to see the drones used for 911 calls within the next five years.

“Our ultimate goal is to try to get a drone here at the substation responding to calls,” he said, adding that Metro is testing using the drones to respond to all ShotSpotter calls in a 2-mile area of southeast Las Vegas.

Sousa said UNLV’s research has found mixed reviews on the public’s perception of drones. Most residents support drones being used to search for suspects instead of officers. Residents were against using drones to monitor crowds, something Martel said Metro does on New Year’s Eve and during large outdoor festivals and demonstrations.

“There’s a concern of Big Brother type surveillance,” he said.

“You have to balance it,” he said. “I think it’s important to control our intrusion into people’s lives within the limits of the Constitution.”