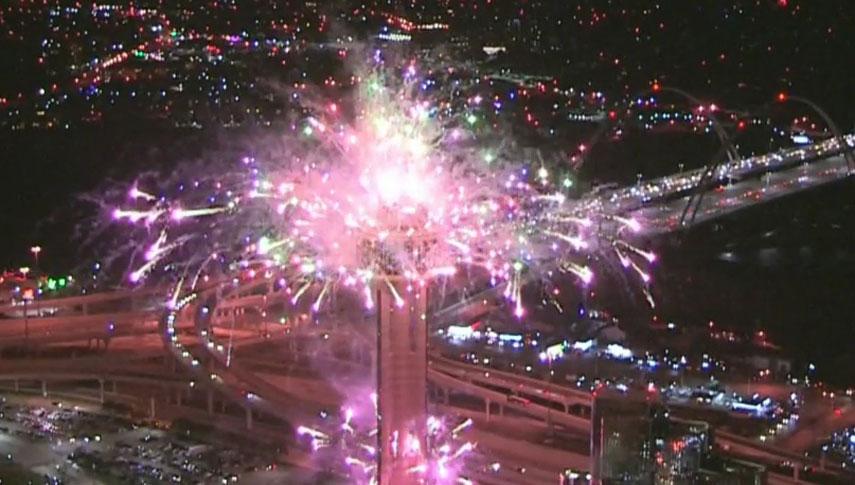 Reunion Tower and Hunt Realty Investments, Inc. are adding a new component to the sixth-annual Over The Top NYE 2021 show to help ring in 2022 in a memorable way.

The companies have announced that the annual fireworks and light show will be joined this year by a 225-drone light show engineered and flown by DFW-based Sky Elements.

According to officials, the drones will fly at heights of up to 400 feet and create an array of visual elements above the Dallas skyline.

The latest news from around North Texas.

The drones will join the 5,000 pyrotechnic special effects and 259-LED tower light show to make this years' Reunion Tower "Over The Top" NYE the largest since it started in 2016, officials said.

"When we first started talking to Reunion Tower about being part of the annual show, we knew we could design one that could take this annual Reunion Tower NYE Over The Top spectacular to the next level," Sky Elements' Rick Boss said. "This show has been carefully produced to add to the already great pyrotechnics and light show. The combination of fireworks, tower lights, and drones will make this evening one to remember."

There will be no viewing of the show from the lawn of Reunion Tower or the restricted zones within the "hot zone," officials said. Spectators are encouraged to watch the show from various vantage points around the city, online on NBCDFW.com or live on NBC 5.

Tags:  how to use drones eve online