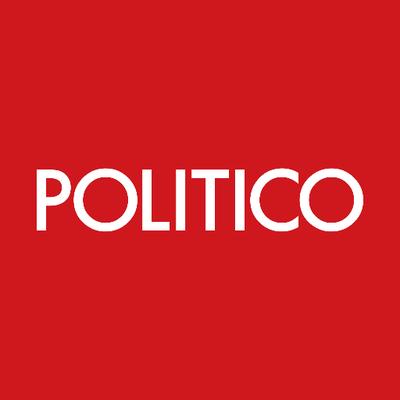 With help from Tanya Snyder and Oriana Pawlyk

— The 2022 economic picture for ports, aviation and toll roads is mixed,according to Fitch Ratings.

— Liberal Democrats have begun their push to make sure the bipartisan infrastructure law funds access to affordable, reliable and safe alternatives of transportation.

IT’S MONDAY: You’re reading Morning Transportation, your Washington policy guide to everything that moves. Send tips, pitches, feedback and song lyrics to us at [email protected], [email protected] and [email protected]. You can also find us on Twitter: @alextdaugherty,@TSnyderDC and @Oriana0214.

ISOLATED 5G CHALLENGES REMAIN: Mass cancellations and delays were mostly avoided, and more planes were given the green light to continue flying after Wednesday's 5G launch. But as Oriana reports, much remains unresolved, especially for regional air carriers and business aviation.

SMALLER AIRPORTS SUFFER: Faye Malarkey Black, head of the Regional Airline Association, said the current processes by which some kinds of planes have been cleared to land in 5G zones remains limited in scope, which is a particular problem for regional carriers and airports with plane types that still haven't gotten instructions from the FAA.

“Many substantial airports, including bigger airports that our members need to access to connect smaller communities with the hub and spoke system, are not part of these clearances,” she told POLITICO. “That’s a big problem, and for more than just regional communities.”

“Should the situation worsen or should [China] impose further circuit-breaker measures beyond those noted here as of January 19, we reserve the right to take additional action as we deem appropriate in the circumstances presented,” DOT said in the order.”

UKRAINE IS A NO-GO: The State Department on Sunday upgraded Ukraine's travel advisory to level four, or do not travel, due to Russian threats. "Do not travel to Ukraine due to the increased threats of Russian military action and COVID-19. Exercise increased caution in Ukraine due to crime and civil unrest."

Want to receive this newsletter every weekday? Subscribe to POLITICO Pro. You’ll also receive daily policy news and other intelligence you need to act on the day’s biggest stories.

NO GRAY, NO WAY: The CDC’s color-coded list of cruise ships with active cases on board is still full of yellows and oranges, with 96 of 109 ships reporting at least some Covid cases on board as of Friday. The CDC’s conditional sail order expired last weekend, but all of the foreign-flagged cruise ships tracked by the CDC have continued to provide case data to U.S. authorities, even though doing so is now voluntary. None of the 109 ships tracked by the CDC are in “gray status" (meaning that the CDC hadn't reviewed the ship’s health and safety measures because the ship had not provided that data voluntarily).

Rules, rules, rules: Part of the CDC’s rationale behind making the rules voluntary was that cruise companies have already been meeting or exceeding federal guidelines on their own. And ships operating out of Florida had the option of going into “gray status” for months, after the CDC’s Conditional Sail Order lost in a state-level court last year. But none of the major companies chose not to report the information to the CDC, so the color-coded system remains. Despite the CDC’s recent praise of the cruise industry, cases continue to spread on board and trips are getting cut short.

THE ECONOMIC ROAD AHEAD: In a webinar Friday, experts from Fitch Ratings took a look at the economic picture for ports, aviation and toll roads for the coming year. Here are some takeaways:

Ports: Container output is higher than it’s ever been, but supply chain issues are expected to keep roiling the sector for the foreseeable future. The upcoming Lunar New Year (this year, celebrated Jan. 31 to Feb. 7), which always impacts production and shipping, could be even more of a headache in 2022. The only ratings downgrades in the port sector have been around cruising, which was still flatlining for the first half of 2021. But even there, said Emma Griffith, senior director of ports for Fitch, “demand is resilient.”

Toll roads: Car traffic is back to 90 percent of pre-pandemic levels, after falling 50 to 60 percent in 2020, and truck volumes are significantly exceeding 2019 levels. Telecommuting rates are hugely stratified by region and by educational attainment — about 70 percent of jobs that require a college degree can be done remotely, while only about 10 percent of jobs that require a high school diploma can be remote. Fitch's senior director for toll roads, Scott Monroe, said most people working from home aren’t doing so entirely by choice, though, and he speculates that once school and child care are more reliable and offices start reopening, people will start commuting again. Also, the pandemic didn’t have the expected effect of freezing toll rates in place — toll facilities showed “less rate hesitancy than expected” and raised them at will, he said.

Aviation: In a normal economic downturn, leisure travel is the last form of travel to rebound because of economic anxiety. But following the worst of the Covid-spurred economic crash, leisure travel has boomed — even Delta and Omicron barely made a dent — while business travel has been slow to come back Supply chain problems have also complicated both passenger and cargo aviation. Inflation hurts the industry too, but Fitch's senior director for airports, Seth Lehman, expects to see more airport debt issuances this year and a restart to public-private partnerships on infrastructure projects. Meanwhile, cash from the bipartisan infrastructure law will pick up where the recovery bills left off, in terms of federal aid.

GETTING BACK TOGETHER: A group of House Democrats are reconvening on Monday to tout the infrastructure law “and consider progressive policies to advance access to affordable, reliable and safe alternatives of transportation for all communities.” The Future Transportation Caucus, an all-Democrat group led by Reps. Ayanna Pressley (D-Mass.), Chuy García (D-Ill.) and Mark Takano (D-Calif.), is relaunching on Monday by hosting a briefing with transportation officials.

The Future Transportation Caucus will be a group to watch over the coming months, as Congress begins implementing portions of the infrastructure law. With Democrats' social spending bill still stalled in the Senate, looking more and more likely that the legislation will be the most consequential to pass Congress before the November midterm elections, and this group of mostly left-leaning Democrats could push their party on transportation priorities like bike and pedestrian infrastructure.

— “In Texas, driverless trucks are set to take over roads.” Yahoo.

— “American Airlines and The Points Guy are suing each other.” View from the Wing.

— “Infrastructure money released and praised by congress people who didn't vote for the bill.” The Advocate.

Did we miss an event? Let MT know at [email protected].

Tags:  a dron carrying a bike