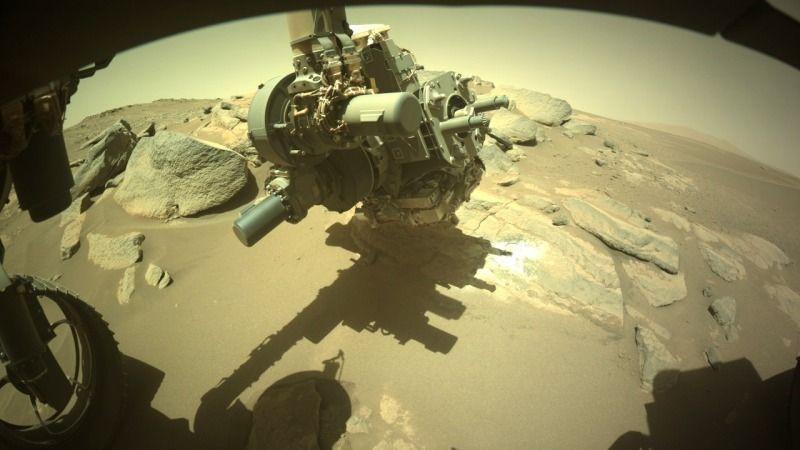 NASA's Perseverance rover on Mars has begun scraping away at an intriguing set of layered rocks that may have formed in liquid water.

"Peering inside to look at something no one's ever seen," Perseverance rover mission managers wrote in a Twitter update Tuesday (Nov. 9). "I've abraded a small patch of this rock to remove the surface layer and get a look underneath. Zeroing in on my next target for #SamplingMars."

The rover has already collected two samples on its larger hunt to search for ancient microbes on Mars. The goal is to get a large set of these collections to place into a cache, and leave behind for a future sample-return mission to pick up.

Perseverance, which has been in remaining in place since a solar conjunction temporarily interrupted communications last month, is also on a larger mission to look for evidence on the floor of Jezero Crater and to characterize the geology of the area, among other duties.

The rover hasn't moved very far since solar conjunction, with the odometer remaining at 1.66 miles (2.67 km) for several weeks. But its mission partner, the Ingenuity drone, has already taken to the air again. Ingenuity's aerial photos are meant to provide a wider context for Perseverance's work as the rover zeroes in on potential targets of interest.

Ingenuity completed its 15th Martian flight on Nov. 6 as it continues an extended mission testing out flying in changing conditions on the Red Planet, and assisting a land-bound rover with its work.