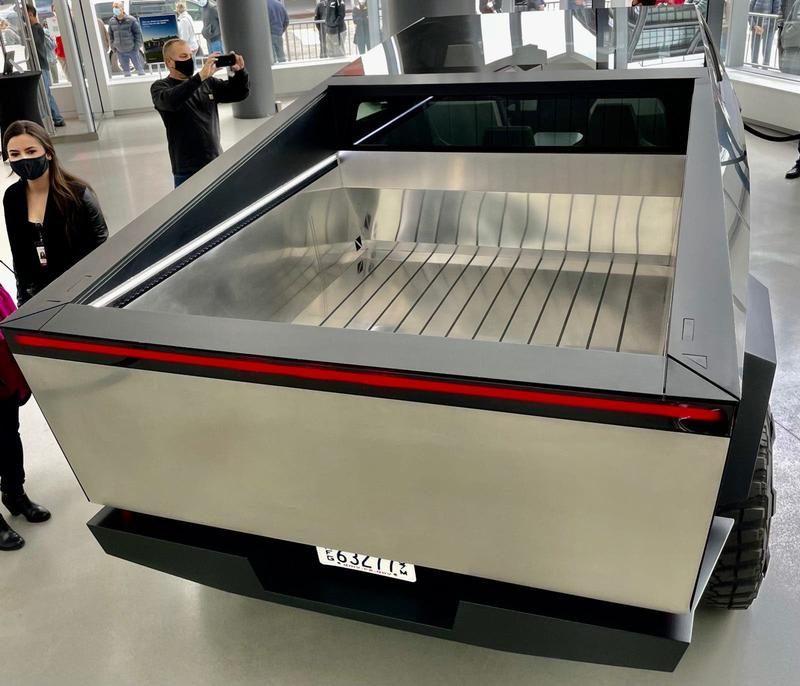 The Tesla Cybertruck has been spotted arriving at Giga Texas, and it’s making a bit of buzz on Facebook and Twitter. It’s exciting to see the beautiful truck popping up, and although this isn’t the one I saw at AI Day, I think it’s really cool to see more videos of Tesla’s latest design updates of the Cybertruck.

In the video description, Joe wrote:

“This is a short video that was posted on Facebook and is of the new Cybertruck prototype inside Giga Texas’s General Assembly structure shortly after it arrived. I caught the arrival via truck as my drone was flying over the west side of the building on Sunday afternoon, but I did not notice until post-editing. This video was originally shot in 720 resolution and posted on Facebook by an unknown author. The video was originally taken on someone’s smartphone, but I’ve tried to upscale to 4K.”

On the day before the video of the Cybertruck found its way to Facebook, Joe actually caught drone footage of the Cybertruck arriving at Giga Texas, and shared those photos on Twitter. You can watch his video here.

He noted that it appears that this is part of Tesla’s financial results presentation on January 26. In response to that, Joshua Schimberg shared the Facebook group video but these had captions.

Appreciate CleanTechnica’s originality? Consider becoming a CleanTechnica Member, Supporter, Technician, or Ambassador — or a patron on Patreon.
Have a tip for CleanTechnica, want to advertise, or want to suggest a guest for our CleanTech Talk podcast? Contact us here.
Tags:  how to edit drone footage