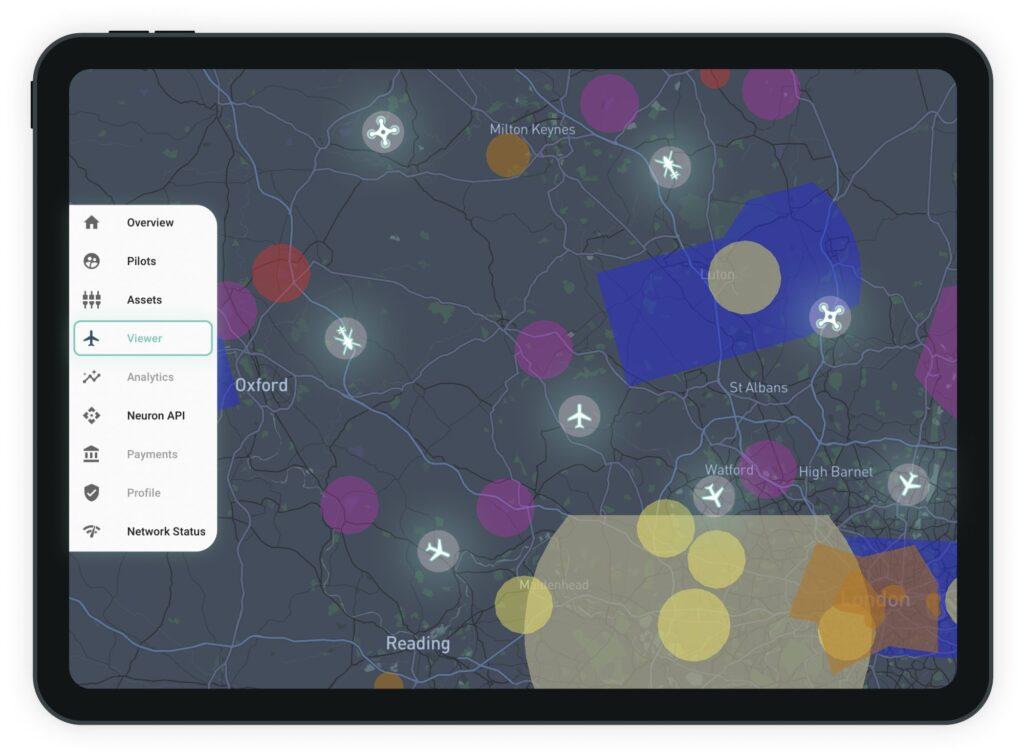 In conducting the trials, Neuron relied on information sharing assets developed by Hedera, the international public ledger made up of and governed by leading global companies. The same tech and data sharing methods that secure cryptocurrency transactions were also applied to the identity and flight information collected by drones tracked in Neuron’s BVLOS tests. The objective, the company said, was to demonstrate a system whose sensors could continuously monitor UAVs on remote missions within a wider platform overseeing all flights in the same area – while ensuring the data security and privacy of craft and operators in it.

The experiments, which took place in Scottish locales in April and October, aimed to prove the effectiveness of Neuron’s use of the Hedera Consensus Service public ledger in permitting drones to be used to their fullest potential in BVLOS and other similarly restricted flight modes.

“Until now, drones have had limited benefit for governments and private enterprises because they could not be flown safely out of line of sight and therefore could not be used for long distance deliveries, transport, or inspections,” said Niall Greenwood, CCO of Neuron. “With this trial, leveraging Hedera Consensus Service, we have made unmanned, long distance drone travel possible using safety-critical aviation infrastructure. Each flight creates millions of data points, which no other public ledger has been fast enough to log and correctly order. By leveraging the Hedera Consensus Service we can gather, store, and order this data immediately, giving us a real time ‘radar system’ for drones.”

The trials were part of Neuron’s goal of building a decentralized navigational platform for a variety of aerial and terrestrial vehicles, including drones, air taxis, and other urban air mobility services; autonomous cars and trucks; and various robots. In its work toward that, Neuron connects a network of vehicle tracking sensors to management systems. Those operate in networks secured for data sharing, record keeping, and potentially even decision making.

In its UK demonstration – carried out at the behest of the government’s Business, Energy, and Industrial Strategy department – data points collected on each flight by Neuron sensors were registered by Hedera Consensus Service using a unique logging and time-stamping method. In addition to cryptocurrency level security that provides, Hedera’s network also operates faster and at lower per-transaction costs than other public distributed ledger systems. That, Neuron believes, will make it financially accessible to the large number of drone operators that may one day use it for BVLOS and other missions.

“Through this trial, Neuron has exhibited an extraordinary feat, allowing unmanned drones to safely exist in the sky,” said Mance Harmon, Hedera CEO. “The Hedera Consensus Service enables the use of drones to transport essential equipment across long distances, which has enormous implications in the fields of healthcare and national security in particular.”