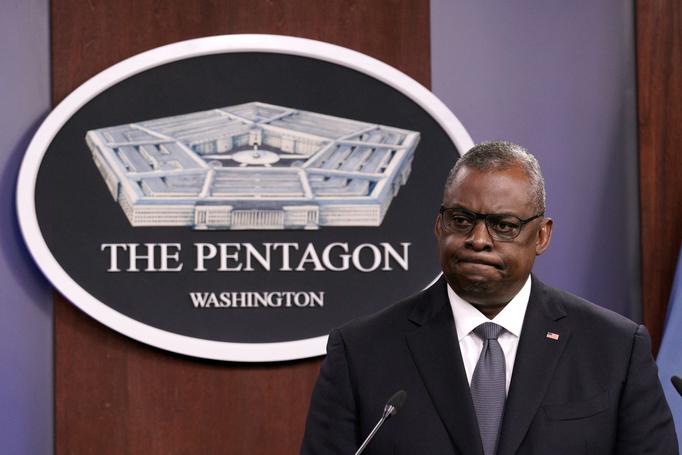 Defense Secretary Lloyd Austin on Thursday ordered an overhaul of the military's efforts to track and limit civilian casualties following a botched airstrike in Afghanistan and a Rand Corp. study finding broad failures in the current system.

The think tank's report, released Thursday, found the military did not adequately use data and lessons it learned over the past two decades of conflict that could have reduced unnecessary civilian deaths and injuries. The Pentagon also often reported dramatically fewer civilian deaths than reliable outside sources, damaging its reputation and reliability, Rand said.

The errant deaths of innocents have plagued the post-9/11 conflicts because the U.S. often relies on airpower and drones in areas where there are no troops on the ground to provide intelligence. Combat in cities where civilians may be hidden in buildings is particularly dangerous.

Read Next: Troops at These Bases Are on Alert for Deployment over Ukraine Crisis

Consistent reports of high casualty counts by outside NGOs and foreign sources are often discounted or questioned by Pentagon officials. The nature of the casualties occuring in war zones has made precise reporting of deaths difficult, creating a layer of deniability for military leaders when reports have surfaced of civilian losses.

A botched U.S. airstrike that killed 10 Afghan civilians, including children, in Kabul on Aug. 29, 2021, a rare instance where a strike occurred in an area with many reporters nearby, illustrated the problems found by the think tank study, a Rand analyst told reporters in a briefing.

Austin issued a memo ordering the creation of a "civilian protection center of excellence," which would focus on reducing civilian deaths across the military, as well as better sharing of data on incidents, a plan to deal with harm to innocents in future conflicts, and a review of condolence payments to victims.

He gave the department 90 days to develop a plan for making the changes, which overlap with some of the recommendations in the Rand study. However, the think tank also called for new civilian positions throughout the department that would deal solely with tracking and mitigating casualties, along with a center for excellence.

"This is really about implementation, not about additional study," said a senior U.S. defense official, who briefed reporters on Austin's decision on the condition of anonymity.

Austin said in his memo that the end of the Afghanistan war and a transition to advising in Iraq have provided the Pentagon an opportunity to focus on how to better deal with civilian casualties.

The airstrike in Kabul at the end of the U.S. withdrawal from Afghanistan is one example of the longtime risk to civilians posed by a reliance on drone warfare. Following a suicide bombing that killed 13 U.S. troops, the military received intelligence indicating another attack was planned. After tracking a suspect through Kabul for hours, it shot a Hellfire missile into a compound, killing an aid worker and his extended family.

Gen. Frank McKenzie, head of U.S. Central Command, publicly acknowledged the mistake in a briefing to reporters in September. After an investigation, it was ultimately determined that no one would be punished. The Pentagon has attempted but been unable to provide ex gratia, or condolence, payments to the victims' family.

A 2019 airstrike in Baghuz, Syria, killed 70 civilians, including mostly women and children -- one of the largest civilian casualties incidents in the years-long war against the Islamic State group -- but was never publicly acknowledged by the Pentagon, according to The New York Times.

Rand found that Pentagon estimates of the number of civilians killed in U.S. war zones was far lower than outside counts. For example, it reported 21 civilian casualties in Syria in 2019, while Airwars, a nongovernmental agency based in the U.K., reported at least 490 and as many as 1,118.

In Afghanistan, the Pentagon reported 108 casualties that year, while the NGO reported 559.

Rand found Airwars' procedures to be "very rigorous," while the military's assessment procedures were "flawed by comparison," McNerney said. But the Pentagon often employed a skeptical approach toward the outside information and doubted allegations of deaths.

"That inconsistency creates problems from the perspective of the department's reputation, its reliability," he said. "When we looked at DoD civilian casualty estimates from conflicts, we found them to be far too low and damaging to the department's credibility."

Tags:  can i take my drone on a plane