Just War Theory and Ukraine: Would war with Russia be in accord with Catholic teaching? 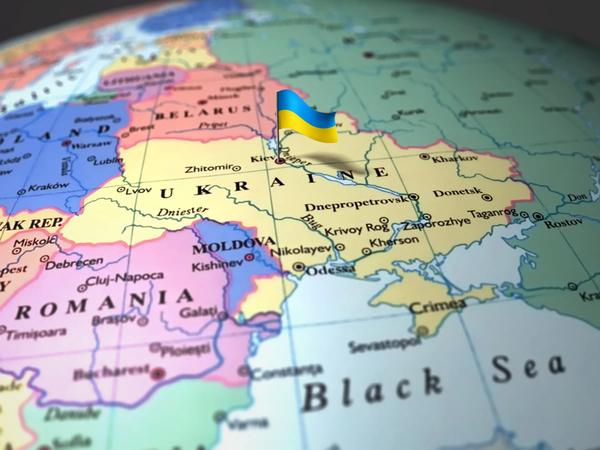 Pope Francis called for a day of prayer for peace in Ukraine on Jan. 26., amid fears of a potential deeper incursion into the Eastern European country by Russia.

“I make a heartfelt appeal to all people of goodwill, that they may raise prayers to God Almighty, that every political action and initiative may serve human brotherhood, rather than partisan interests,” Pope Francis said on Jan. 23, admonishing all to remember the many lives lost in Ukraine during World War II and inveighing against war. “Please, no more war,” he said, appealing to those in power.

The prospect of war between Ukraine and Russia, and the potential involvement of the United States, brings with it questions about the morality of war. Just what is the Church’s teaching on war?

Unlike the Quakers and other Christian denominations, the Catholic Church is not pacifist in principle. Church teaching on the morality of war is based on a theory expounded by St. Augustine in the 4th century known as just war theory, and recognizes a potentially just reason to engage in war under certain conditions.

In 2019, expert theologians told CNA that applying this theory to modern warfare, which often involves missile and air strikes rather than pitched battles between troops, is more complicated but still normative.

Kevin Miller, a moral theologian at Franciscan University of Steubenville, explained that the concept was a well-established part of Church teaching and thought.

"The Catechism of the Catholic Church does a nice job of summarizing the criteria for entering into the use of military force for self-defense," Miller told CNA, "though I tend to think of just war as more of a 'doctrine' than a 'theory' in the Church."

In his 2019 interview, Miller said the Church's moral criteria are divided into two categories: the ius ad bellum and the ius in bello, covering the right to war and how it is to be conducted once begun. To be morally licit, a war must be both just in its cause and conducted with justness.

Precisely what constitutes a just cause?

"The first criterion for the use of military force is, of course, a just cause," Taylor Patrick O'Neill, assistant professor of theology at Mount Mercy University in Cedar Rapids, Iowa, told CNA in another 2019 interview.

Paragraph 2309 of the Catechism of the Catholic Church teaches that at one and the same time “the damage inflicted by the aggressor on the nation or community of nations must be lasting, grave, and certain; all other means of putting an end to it must have been shown to be impractical or ineffective; there must be serious prospects of success; the use of arms must not produce evils and disorders graver than the evil to be eliminated. The power of modern means of destruction weighs very heavily in evaluating this condition.”

According to the Catechism, weighing the above elements “belongs to the prudential judgment of those who have responsibility for the common good.”

As universal shepherds, popes have often sought to influence the prudential judgments about the morality of war made by world leaders. In 2003, Pope John Paul II sent a delegation to dissuade President George W. Bush not to invade Iraq. Pope Francis was joined by his call to prayer for a peaceful resolution to the Ukraine crisis by bishops in the European episcopate and other bishops around the world.

The question of proportionality in war — whether military action causes more evil and disorder than it remedies — is an especially difficult question to answer, according to the theologians interviewed by CNA.

Said Miller: "To have the moral justification and to make some calculus of proportionality, you have to have some good intelligence about who could be harmed. Obviously, there can be unintended consequences, but you have to have a good amount of information about what the effects of a military action could be before you can judge if it is a just response."

Explained O’Neill: "Of course, so much of this is about thinking five or 10 steps down the road, and it is about balancing the need to prevent an escalation while keeping an eye on all the possible unforeseen consequences."

Some European bishops who joined the Holy Father in calling for prayer for peace in the Ukraine this week voiced concerns about escalation. Major Archbishop Sviatoslav Shevchuk, head of the Ukrainian Greek Catholic Church, and Archbishop Stanisław Gądecki, president of the Polish bishops conference, said earlier this week that rising tensions with Russia pose “a great danger” to the whole of Europe “which may destroy the progress made so far by many generations in building a peaceful order and unity in Europe.”

In addition to satisfying the first set of conditions simultaneously to arrive at a decision that a just cause exists, the war must also be carried out in a just way. The Vatican II document Gaudium et Spes teaches clearly that: “The mere fact that war has regrettably broken out does not mean that everything becomes licit between warring parties.”

This means that military actions must meet certain moral conditions. For instance, indiscriminate destruction of cities or civilian life is prohibited, and the basic human rights of non-combatants, wounded soldiers, and prisoners of war must not be abrogated.

But serious questions of what military actions constitute ius in bello, or just acts in war, have multiplied in recent years with the advent of drone strikes and other acts of war against infrastructure that serves dual military and civilian purposes.

Modern conflicts often involve remote means of warfare and targets which are of unclear military status, such as governmental intelligence posts, radar stations, or other logistical installations. While the personnel in them might be primarily military, the presence of civilians has to be weighed carefully in discerning military action.

"The classification of people involved can be very difficult to discern in modern conflicts," O'Neill said.

"We don't necessarily see artillery shelling enemy lines. With strikes from distance on military targets, there are people involved who might not be military personnel: they might be government intelligence workers or people in a gray area,” he said. “But then there's the possibility of just the civilian janitor in the building — how do you put them in the balance of proportionality?

O'Neill said that with modern means of warfare, there is a very high burden on governments to take all measures possible to limit the loss of potentially innocent human life.

The Russo-Ukrainian War began in February 2014, focused on the east of Ukraine. The conflict has claimed more than 14,000 lives and driven 1.3 million people from their homes, according to Caritas Internationalis, a Vatican-based confederation of Catholic charities raising funds for those affected.

The warring parties agreed to a cease-fire in July 2020. But Russia has sent an estimated 100,000 troops to the Ukrainian border. U.S. President Joe Biden said on Jan. 19 that he expected Russian President Vladimir Putin to order an invasion.

Since then, tensions have not cooled down. Kremlin spokesman Dmitry Peskov told reporters on Thursday that Putin will take time to study documents hand delivered by Western leaders regarding the conflict. But, he added, “it cannot be said that our views were taken into account, or that a readiness to take our concerns into account was demonstrated."

Tags:  where is drone use prohibited