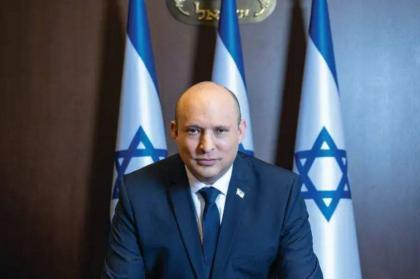 The Jewish nationalist Bennett became prime minister in June 2021, after he banded with blocs ranging from right to left to Arab Islamic conservatives to end Netanyahu's 12-year rule.

"Establishing the government was very hard for me. I knew clearly where I was going. I knew I was about to get hit with the mother of all battles," Bennett told Haaretz newspaper.

Bennett said he had been negotiating with Netanyahu in May as the long-serving PM fought hard to stay in power, but their talks hit a brick wall.

"When he realised that I didn't intend to let him drag Israel into a fifth election, he really threatened me," Bennett said.

"'Listen,' he said to me, 'If I understand correctly what you're going to do, you should know that I am going to turn my whole machine on you, the army'," he said, recounting what Netanyahu had told him.

He said Netanyahu followed his comments by making a gesture with his arm as if to indicate "an airplane descending for an attack", Haaretz reported.

According to Bennett, the former prime minister had told him: "'I will send the drones at you, and we'll see'."

Bennett said he thought that with those remarks, Netanyahu was threatening to unleash against him "his army of bots" of broadcasters from television, radio and social media.

"A kind of change came over me. I realised that everything was resting on my shoulders" and that Netanyahu's re-election "would have thrown us into a terrible spin", Bennett said.

"I know that this sounds big, but I think we saved the state," he added.

Bennett's coalition won a wafer-thin margin of 60 votes to 59 in parliament in June last year, allowing him to form a government.

A tech millionaire, Bennett was once an ally of Netanyahu.

Netanyahu is on trial for bribery, fraud and breach of trust, and could be jailed if found guilty. He has denied any wrongdoing.

"I wouldn't want to see Netanyahu in prison, in a prisoner's uniform. It's not a picture that would respect him or the citizens of this country," Bennett told Haaretz.

On Monday Netanyahu denied reports he had reached a deal with prosecutors that would force him to quit politics.