How Autel Robotics hopes to shape the future of drone industry 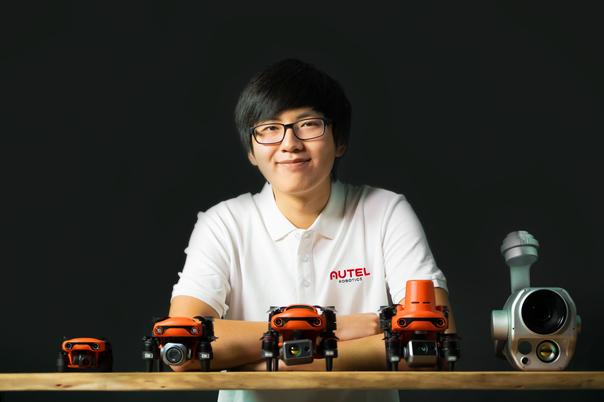 When Maxwell Lee took over as the general manager of Autel Robotics, his family-owned business, in 2020, he knew there would be challenges. What he didn’t expect was that he would be navigating a period of historic tech innovation, speckled by a pandemic, major leadership changes, and supply chain crisis.

In a candid and wide-ranging interview with DroneDJ, Lee talks about the evolution of Autel’s multirotor platforms, acknowledges the increasingly fragile nature of drone businesses, and credits rival DJI for building a multibillion-dollar industry from scratch.

Autel Robotics is the drone unit of Autel Intelligent Technology, a manufacturer of automotive electronic components and diagnostic equipment. Explaining why his family decided to enter the drone industry, Lee says, “The drone subsidiary was the brainchild of founder Frank Li and Gary DeLuca, who was heading Autel Intelligence at the time. They knew there’s only so much growth an automotive diagnostic equipment maker can achieve, given the inevitable global transition toward green energy. They decided to bank the future on robotics, and picked drones as their platform of choice.”

Lee, a Boston University graduate, came on board just before the release of the EVO II drone to “do some serious restructuring” and oversee the day-to-day operations at the company’s Seattle office. “In terms of international growth, the US is the single most important market for Autel Robotics,” Lee explains. “Consumers here are excited about drone technology and have a lot of buying power. If you can succeed in the US, you can succeed in the rest of the world.”

This is why the company’s product focus today is starkly different from its early X-Star days. “I’ll be the first to admit that from a consumer’s point of view, that was not a very good product,” Lee shrugs. “In fact, after it was released, we fired the entire R&D team.”

And then, the EVO platform was conceived. “EVO I was affordable and compact. In a way, it was the X-Star without the performance. But it was just an okay drone, nothing really out of the box. We had to let go of that R&D team as well.”

The third team that was brought on to develop the EVO II platform gave Autel Robotics the solid foundation it was looking for. So, Lee beams when he says: “This is a pretty successful product. It has done well on all fronts – consumer, enterprise, prosumer. With EVO II, we have reached that critical level of technology that allows us to branch out. Using this platform, we can make smaller drones, bigger drones, more affordable drones – whatever the market demands. The new EVO Nano and EVO Lite drone series are offshoots of the same platform.”

And what about EVO III?

“Oh, EVO III is still a ways out. It got leaked pretty early, but those are not the final specs. We’re still playing around with technology – Micro Four Thirds sensors, mechanical shutter… We’re still flexible. The EVO III will come out, but not any time soon. So, if you like the Mavic 3, I’d say go for it. I wouldn’t stop you from buying it.”

With the conversation getting unexpectedly steered toward DJI, it has to be asked: Does Autel Robotics hope to dethrone the world leader in drone technology one day?

Lee flashes you a bright smile before responding, “That’s the dream, yes.” Then he pauses and reconsiders his words, offering a more straightforward answer this time.

“I really respect DJI for what they have done for the drone community. They may not be the first ones to introduce drones, but they certainly are the first to popularize them and bring them into the mainstream. DJI has created the commercial drone industry from scratch. Just look at their work in the public safety domain… which police department was using drones before DJI showed them the good an eye in the sky can do? And let’s not forget a large portion of the domestic drone industry in the US is built on DJI products; they depend on their hardware. You’ve got to give credit where credit is due.”

And Lee is not the one to shy away from giving credit. His list of “drone companies I admire” includes Skydio for “elevating the bar” of drone autonomy, and Parrot for supporting open-source architecture and harnessing the power of 4G for drones. “I respect innovators,” he emphasizes.

Lee is also quick to point out that it’s a big pie; there’s enough for everyone. And lobbying, in-fighting, and politics aren’t doing anyone any good.

“Our industry is still more fragile than most people would think,” he says. “Globally, flying drones is becoming more restrictive, and in many places, drones are getting banned left, right, and center. The consumer market is also reaching a plateau with Remote ID coming out and more areas getting looped into No-Fly Zones. The last thing I want for this industry is over-regulation and getting pushed to a side.”

And this explains why drone manufacturers including Autel strive to showcase how drones are helping people and improving communities. “If you think about drones as a robotics solution, the possibilities are really out there.”

It also explains the growing focus of drone makers on the enterprise sector, with “consolidation” being the key phrase. “We positioned the EVO II as a bigger Mavic Pro but a smaller M300; it can fulfill the requirements of both consumers and professional users. DJI’s product line in recent times is also witnessing a similar kind of consolidation, in my observation,” Lee says.

“They stretched out a lot with the Tellos and the Minis and the Airs and the Mavics and the Inspires. But now look at the Mavic 3; it can potentially do mapping, can be used for public safety, and is also a fantastic prosumer drone. Perhaps even the commercial market is not growing nearly as fast as DJI would have liked to dedicate a product line to a single market vertical.”

Meanwhile, Autel’s growth is something Lee is fairly optimistic about. And that’s because the company’s single-minded focus on perfecting its products is about to fill some very critical gaps in the market, he says.

Take the new EVO Nano, for example. As Lee puts it, “The other sub-250-gram drones in the market may be lightweight and compact, but they are not professional tools.”

The EVO Nano+ is the only drone in its category to feature a 1/1.28-inch CMOS sensor with an RYYB color filter array design that gives photos more contrast and dynamic range.

“Our internal tests have shown that this sensor can perform on par with some of the other 1-inch sensors that are available in the market right now. This alone transforms the Nano from a very consumer level, affordable drone to something that’s more enthusiast/prosumer level,” Lee maintains, adding that he’s expecting to ship at least 1,000 units of the Nano every day in the first couple of months of the drone’s market release.

In the meantime, the EVO Lite series is set to ensure that the consumer side of the business does not get chipped away by Autel’s competitors on the back of the price to performance ratio. “The EVO II is not cheap. So, the Lite series has been developed as its slimmed-down version, roughly 30% lighter than the EVO II but featuring similar payloads and new chips that would deliver better processing performance.”

Between the two drones, Autel Robotics has added 28 new SKUs to its core business unit. A logistical nightmare, no doubt. And a curious decision by a company that has struggled due to chip shortages and supply chain problems.

“We were forced to change the chip on the EVO II because the original manufacturer simply stopped producing chips. And chipsets take months to optimize properly. A single chip or two allows the drone to function as a mini-computer – taking care of everything from coding video, processing and transmitting the footage, autonomy features, obstacle avoidance, and just keeping the aircraft afloat. So, switching from one chip to another takes a lot of time.”

Admitting that the company was facing chip shortages with the EVO II Enterprise Series up until last month, Lee assures that similar problems wouldn’t arise for the Nano and Lite series at least. “The manufacturing facility has kept backup options this time.”

So, as we enter 2022, Lee has high hopes for Autel Robotics, and he lays out his plans. “We will continue to develop the EVO III drone and possibly some heavy-lift platforms to make our ecosystem more robust. The same goes for the Dragonfish series, whose multiple platforms will continue to be nurtured. We’re getting requests from pretty much every direction to expand our offerings, but one big technology that we’re looking into is autonomy systems. I’m particularly inclined toward autonomous drone swarm technology for security applications like border security, patrolling, site monitoring, etc.”

Lee sums up the conversation by circling back to the idea of a product-first approach. “In the end, we will continue to dedicate ourselves to making the best products we can, because it will always be about the end users for us. There’s no dearth of smokes and mirrors in the drone industry. A lot of companies come, show great marketing videos, and then just disappear. But we’re in this for the long haul, we’re sticking around.”

Tags:  why drones are the future