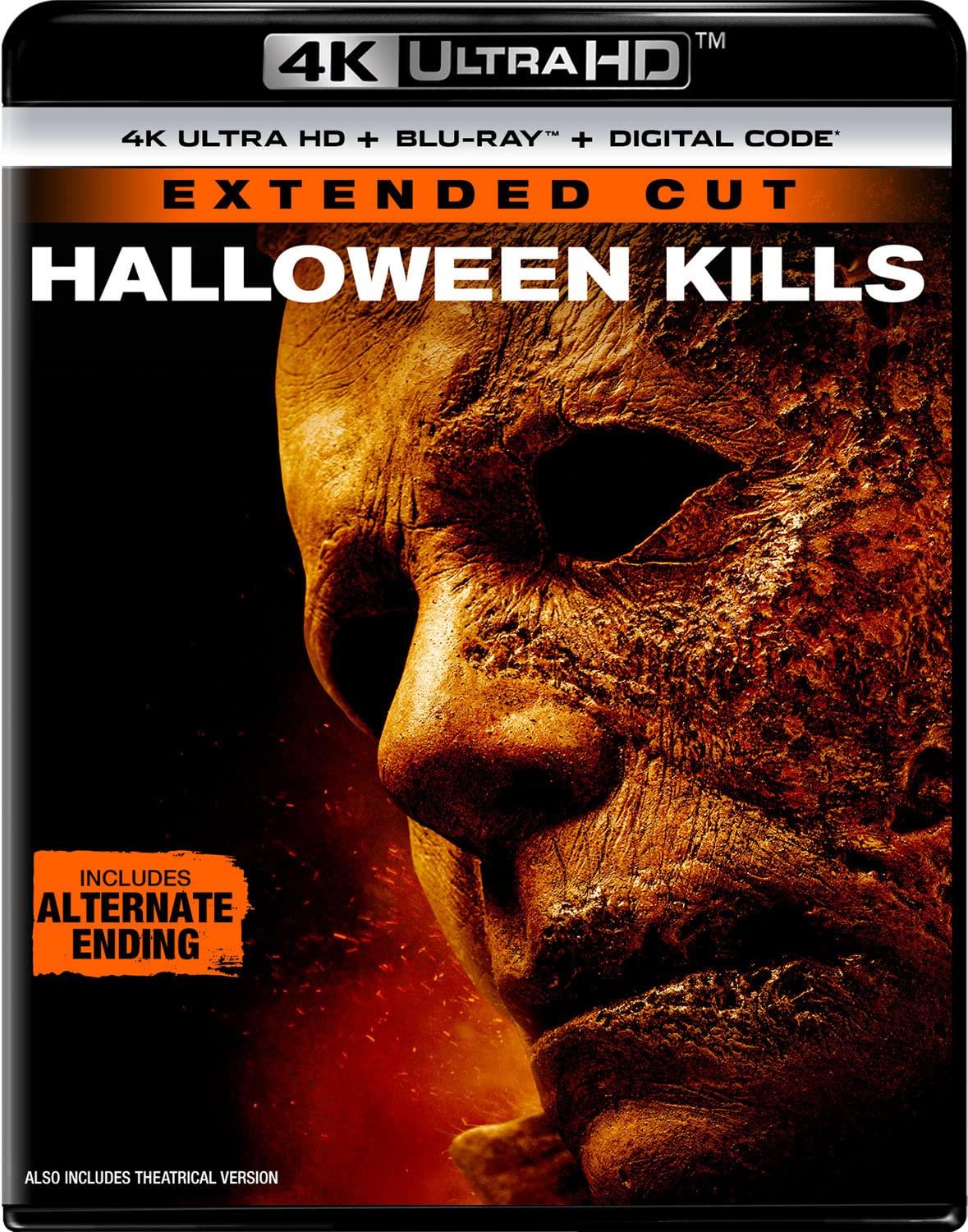 Halloween Kills is the sequel to the 2018 sequel reboot Halloween, which takes place years after the events of the original Halloween from 1978. Halloween Kills picks up where the previous film left off, with Michael escaping the fiery trap set by Laurie Strode (Jamie Lee Curtis), her daughter (Judy Greer), and her granddaughter (Andi Matichak). After slaughtering a group of firefighters, Michael continues his murderous rampage throughout Haddonfield. Tommy Doyle (Anthony Michael Hall), who survived his first encounter with Michael as a child in 1978, is holding a support group meeting at a bar when the news comes in that Michael’s back in town. Ignoring the local authorities, Tommy whips the residents of Haddonfield into a frenzy, hell-bent on finding Michael and killing him once and for all. Meanwhile, Laurie remains vigilante alongside Deputy Hawkins (Will Patton), who admits to not killing Michael in 1978 when he had the chance.

If writer/director David Gordon Green and co-screenwriters Danny McBride and Scott Teems were even half as clever as they think they are, well, that would be something, wouldn’t it? Unfortunately, since they aren’t, the world ended up with Halloween Kills instead. The previous film had also suffered from problematic plot twists, questionable gender politics, and a core conceit that simply didn’t work, but at least it was competently crafted. Halloween Kills openly insults its audience by throwing craftsmanship out the window, along with any pretense of narrative coherency, and any respect whatsoever for its source material. The character of Michael Myers hasn’t been treated consistently throughout the franchise, but he’s never been treated this contemptuously. This isn’t even really Michael Myers at all; it’s just a cheap parody in a Shatner mask, and one that’s not particularly amusing, either.

Halloween Kills is actually an offensive film, not because of its ridiculously over-the-top levels of violence, but because of its open stupidity. I’m not using that description lightly, either; it takes a lot to offend me, but Halloween Kills offended me deeply, to the point that I nearly shut it off several times before it was over. Perhaps the biggest sign of how much it bothered me is that I’m breaking my personal rule about not attacking films that I don’t enjoy. I try to find something to appreciate in every film that I watch, and if I can’t say something nice, then I don’t say anything at all. Life’s too short to dwell on the negatives. But Halloween Kills pushed all the wrong buttons. Green, McBride, and Teems need to be called out for this travesty. They also need to go gently into the dark night, never to sully the world of filmmaking again.

Mind you, there is one single thing to appreciate in the film: the superb score from John Carpenter, Cody Carpenter, and Daniel Davies. That’s it. Their music is utterly wasted here, but it’s fantastic work. Buy the soundtrack album, and flush the film down the toilet—it won’t look out of place among the sewage.

Now, one major caveat to all of this uncharacteristic negativity: it’s just one person’s opinion, and not an attempt to impose that opinion on anyone else. I’m happy when any film finds its fans, even ones that offend me. Yes, even Halloween Kills. So, if you loved the film, then please disregard all of the above, and continue to enjoy it as you do. There’s no need for debate, because no minds will be changed—we’re just walking separate paths in this case. That’s one of the wonderful things about the cinema: there’s something for everyone. One person’s trash is another person’s treasure, and vice-versa. I wouldn’t have it any other way.

Cinematographer Michael Simmonds captured Halloween Kills digitally using Arri Alexa Mini and SXT cameras with Cooke Anamorphic/i and Hawk V-Plus lenses. It was then completed as a 4K Digital Intermediate in the 2.39:1 aspect ratio. Universal Pictures brings the film to Ultra HD mastered from this 4K source and graded for high dynamic range (Dolby Vision and HDR10 options are available). The images produced are of stellar quality, with amazing depth in the shadows and inky deep blacks. The 1978 recreation footage actually looks better due to the difference in lighting styles, despite being shot digitally with grain added later. The rest of the presentation is strong, with greater detail and dimension apparent in the darkest areas of the frame. That’s important, since this is a film that takes place primarily outside at night. Whether it’s the neighborhood house exteriors, the bar exteriors, or various areas of the local park, high levels of detail are visible in every occasion. The hospital scenes are harsher, perhaps by design, but allow for differentiation in the shadows of the corridors under the fluorescent lighting. The HDR pass enriches saturation, with added depth to reds, greens, blues, and oranges. Outside of the 1978 recreation footage, nothing appears out of the ordinary.

Audio is included in English Dolby Atmos (7.1 Dolby TrueHD compatible), Spanish 7.1 Dolby Digital Plus, and French 5.1 Dolby Digital. Optional subtitles include English SDH, Spanish, and French. The Atmos track offers great support for the film’s various elements, particularly with its use of the overhead channels. Dialogue exchanges are mostly centered with excellent clarity, but sound effects and score move all around the sound field. Spacing is impressive, particularly for the John Carpenter score, which comes through vibrantly with wonderful dimension. Sound effects have real impact, including slices, stabs, gunshots, blood spurts, and other atmospherics. The LFE channel offers added support to these elements when needed. Overall, an aggressive track.

Universal’s Ultra HD release of Halloween Kills is a combo pack housed within a slipcover, which also includes the film on Blu-ray in 1080p with the same audio and subtitle options (adding in an English 2.0 Descriptive audio track), as well as a Digital code on a paper insert. The following extras are included on both discs, in HDR on the 4K and SDR on the Blu-ray:

The Extended Cut adds back in a little over 4 minutes worth of extra footage, the majority of it extremely minor, and none of it particularly interesting. The biggest addition is the alternate ending, which closes with Laurie Strode discovering that her daughter is dead after hearing Michael on her cell phone, prompting her to leave the hospital with knife in hand. Can a different ending actually be worse? None of this material was necessary to the film, nor does it add anything of value. All of it could have remained in the deleted scenes and been fine.

And if the film doesn’t infuriate you enough, the extras sure will when the creators talk about the making of it. It seems that everybody had a good time, but the results speak for themselves. Both cuts of the film feature an audio commentary features David Gordon Green, Jamie Lee Curtis, and Judy Greer. Like the film, this commentary is awful. Green attempts to work in information about the making of the film, but Greer and Curtis (mostly Greer) constantly derail it with jokes (I’ll go on record right now and just admit that I’m personally not a fan of Judy Greer in any capacity, and this commentary just further cements that). The Deleted and Extended Scenes give Sheriff Brackett’s character an extra beat, we see what Michael Myers drone footage would look like, and there’s extra “Evil Dies Tonight!” chanting outside the hospital. Like the added material in the Extended Cut, none of this adds anything of value.

After the Gag Reel is a series of brief featurettes with the film’s cast and crew, almost all of it surface level. Haddonfield’s Open Wounds delves into the film’s stories and characters; The Kill Team discusses members of the crew; Strode Family Values gets into the family dynamics of Laurie, her daughter, and her granddaughter; 1978 Transformations talks about the recreation of the 1978 film in the opening sequence, including shooting everything on an elaborate set and the recreation of the original Michael Myers mask; The Power of Fear goes into the effects that Michael Myers has had on Haddonfield in this version of the story; and Kill Count is literally a kill count, set to extremely annoying music (it’s 31 by the way). The most interesting extra is 1978 Transformations, which provides a sliver of more information about the making of the film, but that’s being generous. None of this material reflects the reaction to the film, which has been mixed to grossly negative thus far.

While I (this is Tim speaking now) think I enjoyed Halloween (2018) a bit more than my colleague Stephen did, we can find common ground when it comes to Halloween Kills, which is not just a disappointment but a slap in the face of anyone who defended or overlooked the previous film’s shortcomings. It’s just dumb on nearly every level, leaving little to grasp onto besides the kills and that’s not enough. Whether it completely wrecks this new trilogy of films (due to conclude with Halloween Ends) remains to be seen. Regardless, the 4K Ultra HD release of Halloween Kills offers a great presentation of the film.