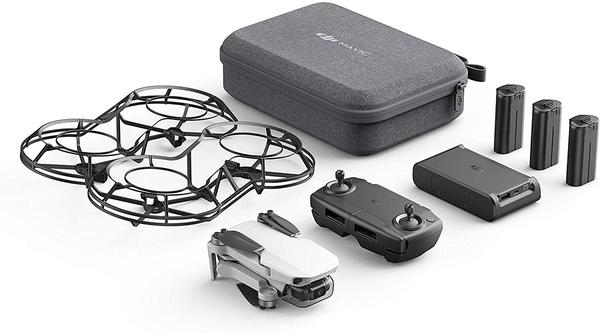 Today is Black Friday, and frankly, it’s almost over. That means that you’re running out of time to get those sweet, sweet deals. One of those is on DJI’s Mavic Mini drone, which is an incredible 40% off on Amazon. The deal isn’t going to last through the weekend though. It’s just for today and then it’s gone.

Here’s what you get. It’s a bundle that includes the Mavic Mini drone, along with a bunch of accessories like extra batteries (three of them), a controller, and more. There are extra RC cables for USB-C and Lightning, three pairs of spare propellers, extra screws, and a charging hub. The one thing that you’ll need to buy separately seems to be a microSD card, and of course, you’ll need iOS or Android to use the companion app.

The item description also says that thanks to the fact that the product only weighs just over half a pound, it gets better battery life with up to 30 minutes of flight time. It also has a camera, which can record 12MP images while flying around, or it can record 2.7K video. There’s a three-axis gimbal for stability too.

Tags:  how to install drone propellers