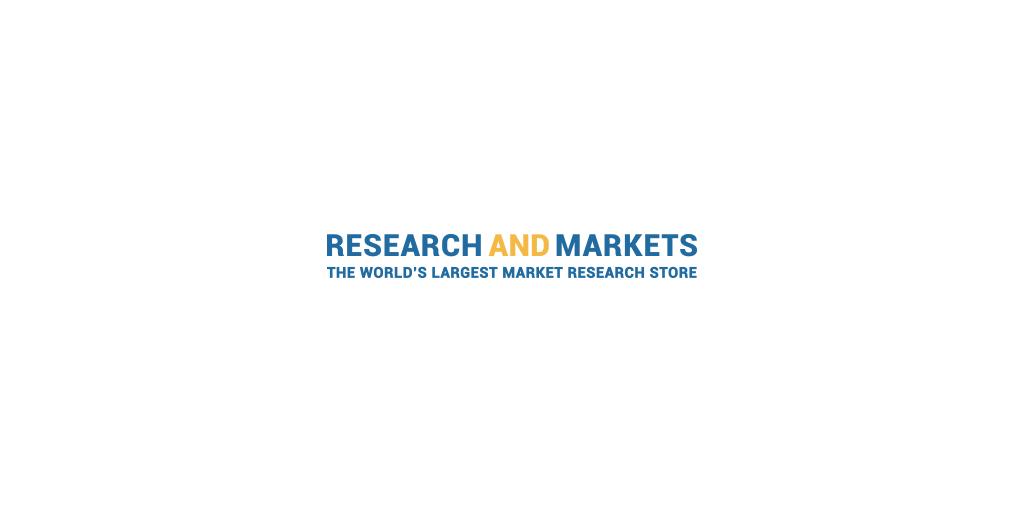 Global Airborne Intelligence Surveillance and Reconnaissance (ISR) Market to Reach US$26.8 Billion by the Year 2026

The global market for Airborne Intelligence Surveillance and Reconnaissance (ISR) estimated at US$19.7 Billion in the year 2020, is projected to reach a revised size of US$26.8 Billion by 2026, growing at a CAGR of 5.1% over the analysis period.

Growth in the global market is spurred by growing demand for numerous surveillance, intelligence, and reconnaissance equipment and techniques from the defense segment worldwide for use in multiple battlefield-related functions. Furthermore, there is also a need for assisting combat forces by employing their sensor data in the analysis of all collected information.

Additionally, favorable initiatives by various governments for improving surveillance of airborne ISR also are a critical factor fueling the market's growth. The advances in technologies and a growing need for tighter and more robust national security are also expected to be a market growth booster as the requirement for more reliable and accurate systems for tracking, detecting, and classifying different threats, coupled with stricter security regulations keeps increasing simultaneously.Systems, one of the segments analyzed in the report, is projected to grow at a 5.5% CAGR to reach US$18 Billion by the end of the analysis period. After a thorough analysis of the business implications of the pandemic and its induced economic crisis, growth in the Software segment is readjusted to a revised 4.8% CAGR for the next 7-year period.

This segment currently accounts for a 21% share of the global Airborne Intelligence Surveillance and Reconnaissance (ISR) market. UAVs are being increasingly deployed by countries in war zones worldwide, for reconnaissance and military surveillance missions and for combats. In the coming years, massive military budgets like the $640 billion budget for the US are expected to drive spending on drones, providing lucrative opportunities to software developers and unmanned aerial vehicle makers.The U.S. Market is Estimated at $8.1 Billion in 2021, While China is Forecast to Reach $3.5 Billion by 2026

The Airborne Intelligence Surveillance and Reconnaissance (ISR) market in the U.S. is estimated at US$8.1 Billion in the year 2021. The country currently accounts for a 39.54% share in the global market. China, the world's second largest economy, is forecast to reach an estimated market size of US$3.5 Billion in the year 2026 trailing a CAGR of 6.5% through the analysis period.

North America (including USA and Canada) currently dominates the market as leading manufacturers like Lockheed Martin, Boeing, BAE Systems, and Raytheon are operating in the region. Moreover, since the US has an ongoing border conflict with its neighboring country, Mexico, it plans to expand and strengthen its ISR abilities for preventing drug trafficking as also illegal migration.

The US Customs and Border Protection (CBP) frequently uses the unarmed MQ-9 Predator B drone that is equipped with sensors and cameras for monitoring an area of 100 miles near the border.Service Segment to Reach $4.1 Billion by 2026

In the global Service segment, USA, Canada, Japan, China and Europe will drive the 3.8% CAGR estimated for this segment. These regional markets accounting for a combined market size of US$2.6 Billion in the year 2020 will reach a projected size of US$3.3 Billion by the close of the analysis period.

China will remain among the fastest growing in this cluster of regional markets. Led by countries such as Australia, India, and South Korea, the market in Asia-Pacific is forecast to reach US$445.1 Million by the year 2026, while Latin America will expand at a 4.3% CAGR through the analysis period.Key Topics Covered: I. METHODOLOGYII. EXECUTIVE SUMMARY1. MARKET OVERVIEW

For more information about this report visit https://www.researchandmarkets.com/r/g3tq1a

Tags:  are drones legal in spain