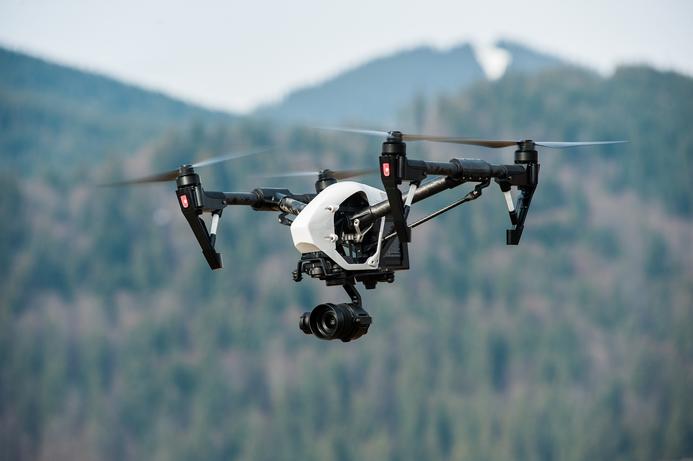 The story has been going around the internet recently that the Federal Aviation Administration has proposed to fine a drone pilot $182,000. The FAA was gracious enough to give me a copy of the proposed penalty letter which went much more into detail as to the alleged violations they are citing him with.

No, I’m not going to call him out by name. He has 182,000 problems and I don’t need to give another one. I’m doing this story so as to educate the drone community on what can happen if you do not respect the Federal Aviation Regulations.

Now you might be wondering how a simple drone flight could result in a $182,000 fine.

It was not just one flight.

The proposed penalty letter lists at least 26 times when the drone pilot flew around the Philadelphia area from December 2019 to August 2020. During those flights, the FAA is alleging that the pilot violated multiple regulations at the same time on each flight. This is how you can rack up a $182k fine pretty quickly.

The FAA didn’t come out swinging right away. The letter alleges, “On or about October 22, 2019, the FAA sent you a Warning Letter regarding a previous flight involving a sUAS that was allegedly operated in violation of the Federal Aviation Regulations.” It also stated, “On or about November 4, 2019 and November 6, 2019, the FAA provided you with counseling and education regarding requirements for safe operations of a sUAS under the Federal Aviation Regulations.”

The U.S. Air Force Is Gradually Rebuilding Its B-52 Bombers From The Rivets Out

An American Bomber Visited Malaysia. A Bizarre Mix Of Local Jets Rose To Meet It.

So three strikes and he gets taken out.

This individual published a large number of videos on YouTube where he shows screenshots of the ground control station that has all sorts of things like altitude, the drone’s distance from the pilot, the drone’s location on a map, direction of flight, and many more pieces of info.

With these videos, the FAA has many of the pieces of the puzzle to do a prosecution and just needs to figure out the approximate time. This is why in the letter the 26 events all start with “On or about” so as to leave some wiggle room.

Using the video footage of the ground control station which shows the map, you can figure out if the aircraft was in controlled airspace or not.Part 107 drone regulations require you to obtain an authorization for Class B, C, D, or E2 controlled airspace. All authorizations are done through the FAA’s Drone Zone portal or through LAANC. It is really easy for the FAA to check to determine whether the pilot had appropriate authorization or not for Philadelphia’s Class B airspace (KPHL). Nothing shows up. Bam! You have 26 violations of section 107.41.

The flights happened during the day and the night in weather conditions such as “in heavy fog”, “while it was raining”, “while it was snowing”, and “during strong winds[.]” Night is an easy one to figure out but how could the FAA figure out about the weather conditions? Video for one. Secondly, Philadelphia’s airport publishes METeorological Aerodrome Reports (METARs) which are easy to access. These METARs can give you all sorts of weather info.

Part 107 prohibits night flying, flying with visibility less than 3 statute miles, and beyond line of sight without a waiver (but night might change soon). It’s really easy to check to see if the drone pilot had any of these waivers by going to the Part 107 Waivers Issued page and searching. Nothing shows up. Bam! You have a bunch more violations on top of the 107.41 airspace authorization violations above.

A few places in the letter alleged multiple flights that were very close to multiple buildings and structures. Many people think Part 107 prohibits just flying over people. It also speaks to property and many people miss this point. Section 107.19(c) does not allow you to cause undue hazard with your drone to people’s property if a loss of control were to happen for any reason. Some of the flights were very close to buildings and the FAA is arguing that this was an undue hazard towards the property.

There appears to be at least two instances where the pilot lost control of the aircraft (I’m guessing beyond radio line of sight) and these instances the FAA states were violations because 107.19(e) “states the remote pilot in command must have the ability to direct the small unmanned aircraft to ensure compliance with the” the regulations. It’s one thing to go lost link due to some equipment malfunction but another to exceed radio line of site intentionally. We now have 2 more violations.

Part 107 prohibits flying over people and prohibits causing undue hazard to people on the ground. Some of the flights were over the Philadelphia downtown area over moving vehicles and people on the ground. In such a heavily populated area, you could assume that one or both were violated on each flight. Chuck some more violations into that pile.

The FAA did a quick search of the airmen registry and discovered the pilot did not have a remote pilot certificate. 26 more violations.

The lesson to be learned here is you should be striving to follow the law because the FAA has a lot of resources they can easily search to determine if a pilot is flying lawfully or not. Many of those same resources are also available to everyone. Just click on those links above and you can easily figure out what your friends, or competitors, have or do not have. (And this also means they can do the same for you.)

Furthermore, if the FAA and DOJ want to start digging for info, they have tools in their tool belt with subpoenas and warrants. Just look at the recent drone mid-air collision story where Hernandez allegedly crashed his drone into a LAPD helicopter and the FBI obtained a warrant to search the SD cards on the crashed drone and to search Hernandez’s house.

Now it’s your turn to step up to the plate. Don’t strike out.