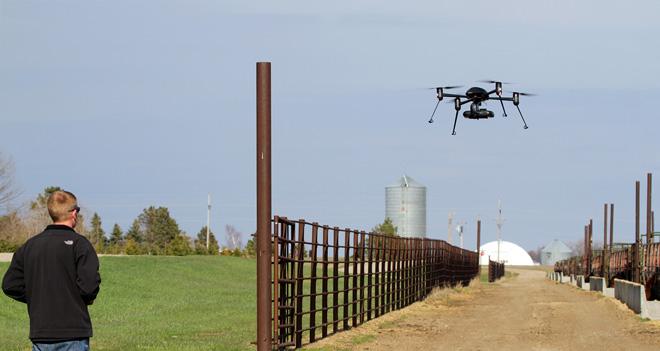 GRAND FORKS — The Federal Aviation Administration has awarded more than $2 million in contracts to two companies that will conduct unmanned aircraft systems research, some of which will take place at Grand Sky.

According to a release from the office of Sen. John Hoeven, R-N.D., the funds were awarded through a program that demonstrates or validates technologies essential to the safe integration of UAS into the national airspace. Hoeven has worked to advance and fund such research programs.

“We’ve built a premiere hub for all things UAS here in North Dakota,” said Hoeven. “It makes sense for the FAA to utilize the expertise of businesses in our state, like GA-ASI and Appareo, along with our test site to develop and demonstrate the technologies needed to safely fly unmanned aircraft in our national airspace. That’s exactly why we created this UAS research program, which uses federal funds to leverage private investment and create these kinds of partnerships.”

The contract awarded to General Atomics will focus on detect and avoid capabilities. This technology will enable unmanned aircraft to detect other aircraft flying nearby, and maintain a safe distance from them. GA-ASI president David R. Alexander said he looks forward to working on more projects in North Dakota, and to deepening his company’s relationship with the Northern Plains UAS Test Site.

“This is an opportunity to showcase the investment GA-ASI continues to make into detect and avoid technology, and, in a broader sense, the integration of UAS into the National Airspace System,” Alexander said.

Appareo will conduct research into how radio signals function at different altitudes and in different environments, for the purpose of controlling an unmanned aircraft, and live-streaming high-resolution video. The research will also evaluate the use of LTE cellular networks for unmanned aircraft, which will help ensure communication between drones and the ground stations that control them.

Brenda Wyland, vice president of government and defense initiatives at Appareo, said she is pleased to be involved with the federal partnership working to integrate drones into the national airspace.

“Programs like this, designed to leverage companies’ expertise such as our depth of experience developing cutting-edge technology, are essential to advance the industry,” Wyland said.

Tags:  how to detect a drone in the sky