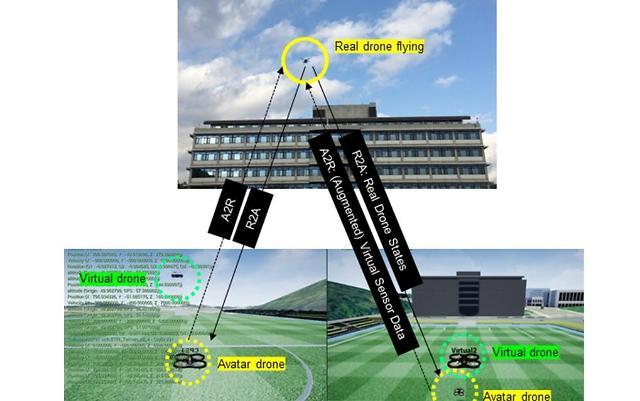 This image provided by the Electronics and Telecommunications Research Institute shows its newly-developed simulator.

Existing simulators designed to test the motion of drones could not test many drones at the same time, while being limited to performing simple missions. In addition, they could not accurately reflect characteristics such as sensors and flight environments.

After setting environmental conditions such as virtual drones and obstacles, the simulator can test how drones avoid obstacles or interact with each other.

The ETRI succeeded in operating as many as 100 virtual drones simultaneously by connecting server-class computers and laptops.

It also successfully reproduced the physical phenomenon that occurs when virtual drones collaborate and transport heavy objects connected in a line.

The ETRI also verified obstacle avoidance technology with actual drones mounted with a deep autonomous neural network that was advanced through hundreds of thousands of repetitive learning processes in a simulation space.