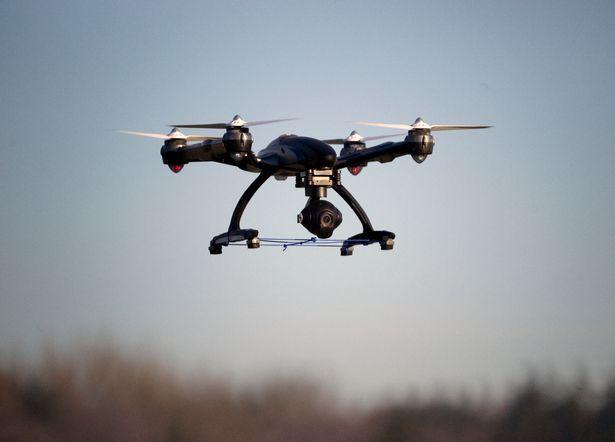 The move comes after local authorities spent in total up to €100 million a year dealing with illegal dumping and littering nationally with Dublin City Council spending more than €1 million every year cleaning up illegal dumping.

Fianna Fail TD Mary Fitzpatrick has welcomed legislation brought forward that will allow the use of CCTV, drone and Automated Number Plate Recognition technology by local authorities to combat the scourge of illegal dumping.

Senator Fitzpatrick said: “This is a really crucial piece of legislation and urgently needed. Like most people I am frustrated and angry by the tiny minority who engage in illegal dumping.

"It is just awful to see bags of rubbish dumped indiscriminately. Our beauty spots are being destroyed and the waste poses a hazard to animals.

“The north inner city repeatedly features as a litter blackspot in the annual IBAL report, despite Dublin City Council’s best efforts and considerable expenditure they have failed to tackle the problem of illegal dumping in Dublin Central.

“This legislation will give Dublin City Council the power to use technology to detect and prosecute illegal dumping which is undermining and eroding quality of life and the environment in Dublin Central.”

The Local Government (Surveillance Powers in Relation to Certain Offences) Bill 2022 will allow local authorities to use the technology as a way of stopping dumping and littering.

It will allow them to be used for all offences under the Waste Management Act or Litter Pollution Act.

Senator Malcolm Byrne highlighted that the legislation would only allow councils to use the technology to prevent illegal dumping.

He told Newstalk: “The scourge of illegal dumping is something that affects urban and rural communities.

“It is hazardous to livestock and to animals so there is a responsibility to look at using any methods at our disposal to tackle this and some local authorities have tried to use CCTV and drones.

“They have fallen foul at times of the data protection commissioner because of GDPR rules but if we have legislation that underpins it, which makes very clear that the only reason the CCTV or drones or automated number plate recognition technology is used is for the purposes of catching illegal dumping, then that can be done.”

He insisted surveillance technology is the best way to end dumping.

“We do need more awareness, this is not the only tool that should be used, but very clearly, and we know this, no matter how many awareness campaigns you have and no matter how many incentives you have, there are, unfortunately, still some people out there who just don’t care,” he added.

“People who have no sense of civic pride and responsibility will engage in dumping and really, the only way to get them is to catch them on camera, to fine them and if they continue to offend, to imprison them.

“Illegal dumping has serious consequences. It is a scourge; we need to tackle it and that means that those that are involved do deserve to be prosecuted.”

To get the latest breaking news straight to your inbox, sign up for our free newsletter.