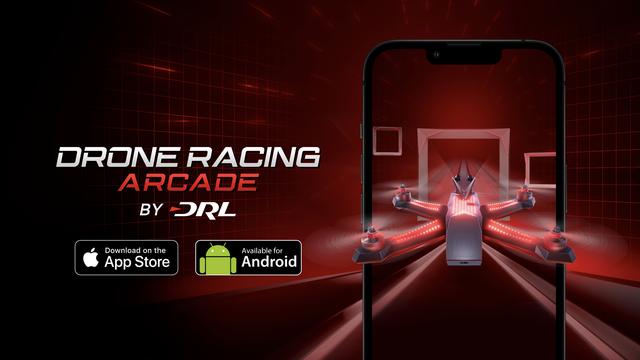 Drone Racing League (DRL) has launched its first mobile game, Drone Racing Arcade, to bring the thrill of drone racing to players across the globe. This first-of-its-kind mobile game with real-world prizes is available as a free app for both iOS and Android mobile devices.

The Drone Racing Arcade mobile game aims to take the fastest growing action sports of our era to a whole new level.

Players will compete against the clock in head-to-head matches against real players. Racing DRL drones through neon-lit courses filled with obstacles, gates, coins, and boosts, players will strive to score the most points and prove that they are the top drone pilot.

Flying is performed through simple touch-screen maneuvers, focused on rising, pushing, and tilting the drones — giving players a feel for real-life drone racing skills and commands such as throttle, pitch, and yaw.

It’s worth noting that DRL has taken several tangible steps to make drone racing more interactive and immersive for fans in the recent past. For one, the professional drone racing property has partnered with Canada-based drone solutions provider Draganfly to monitor drone pilots’ in-race heart and respiratory rates as well as the physiological reactions to the competition, fast speeds, and crashes. DRL is also releasing a video series called Why I Fly to shine a spotlight on the pilots’ personal journeys into drone flying.

Tags:  how does a drone yaw