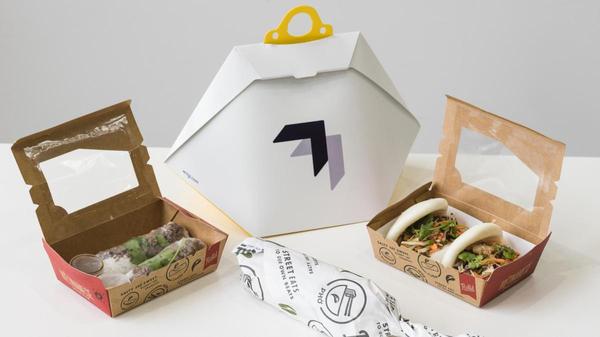 Roll’d Vietnamese announced on Thursday it had teamed up with Wing, a subsidiary of Google’s parent company Alphabet, to deliver its banh mi (baguettes), bao (steamed buns), rice paper rolls and the like via drones in Logan, Queensland and Gungahlin, Canberra.

“With efficient delivery within minutes, Roll’d orders can be placed via the Wing app and will be delivered by a remotely piloted custom drone to customers within a 10km radius of the delivery site,” the chain said in a statement.

In a world first, Wing launched in Canberra in 2019 and is now delivering coffee, curries, burgers, ice cream, groceries, office supplies, pharmacy items and even pet treats to homes and commercial businesses across Crace, Franklin, Harrison, Palmerston, Mitchell and Gungahlin.

In another world first in August last year, Wing began operating a drone delivery “nest” on the rooftop of Grand Plaza in Logan, sending out goods on-demand from a range of businesses at the shopping centre to surrounding suburbs.

Wing says the business took off last year as the pandemic raged on, with deliveries rocketing more than 600 per cent compared to 2020.

“Wing made more than 100,000 drone deliveries in Australia in 2021, and we’re looking forward to continuing this growth, by expanding our service to more customers and businesses in 2022,” spokesman Jesse Suskin said.

Earlier this month, Singapore-based strategy and economic advisory company AlphaBeta estimated drone delivery had the potential to boost retail sales in Australia by $2.2bn by 2030.

But it’s clearly not an easy business, with Wing saying last year’s success came after a decade of development, testing and trials.

In 2013, Amazon chief Jeff Bezos announced with great fanfare that the Amazon Prime Air drone delivery service could be ready in “four or five years” but so far, that hasn’t eventuated.

Food delivery giant Uber Eats in 2016 held a “VIP BBQ” publicity stunt in Dallas whereby hundreds of people were meant to be delivered brisket sandwiches, mac and cheese and the like via drone, but it was deemed a disaster and even an “epic fail” by the restaurant involved.

Things started to look better in 2019 when it unveiled a new delivery drone design and started testing them with a view to launch the service in San Diego in 2020.

Tags:  how to design a drone from scratch