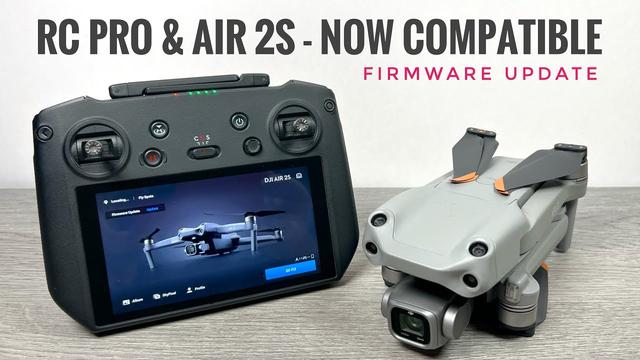 The next-generation smart controller, released as part of the Mavic 3 launch in November, is engineered for quality aerial content creation.

The controller was originally compatible with just the Mavic 3 Cine and Mavic 3 (find out the differences in our Mavic 3 Cine vs Mavic 3 comparison blog), but the new firmware update (v03.01.0500) means it can now be used with the Air 2S.

The firmware upgrade also adds some improvements to the RC Pro controller itself, such as added support to output clean HDMI footage.

Below is an overview of the recent firmware update for the DJI RC Pro. Ensure that you update the RC Pro, as well as the DJI Fly app, to the latest versions (as listed below).

If the update fails, restart DJI RC Pro, and use DJI Fly or DJI Assistant 2 (Consumer Drones Series) to retry.

Tags:  how to fly fpv drone