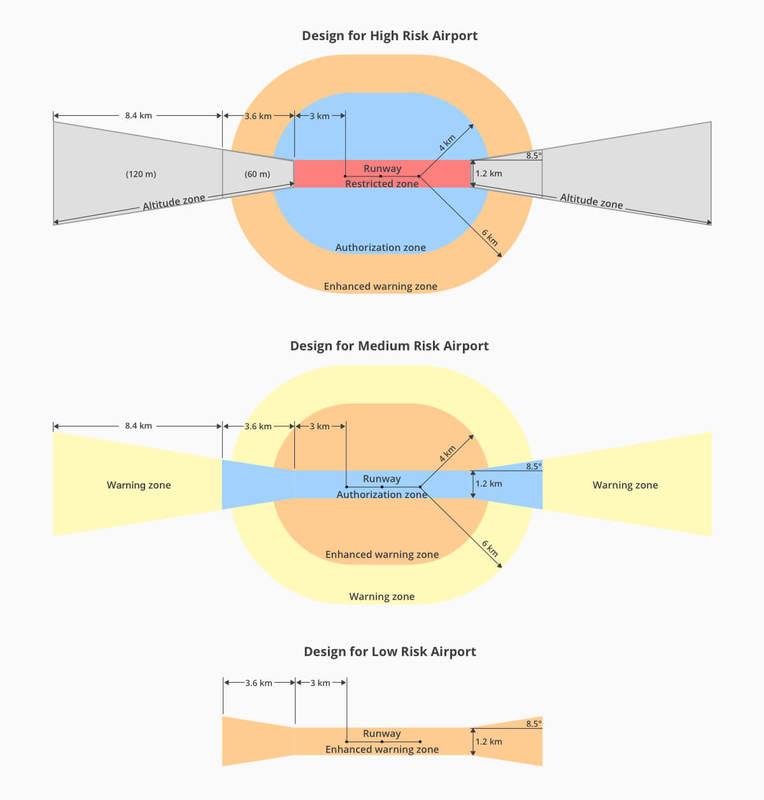 Chinese drone manufacturer DJI has launched new geofencing technology that provides more flexibility for drone use near airports, while at the same time limiting drone access to improve safety.

The new GEO 2.0 system creates a detailed three-dimensional “bow tie” safety zone surrounding runway flight paths rather than just simple circles used in earlier geofencing versions, according to the company.Supported by the Civil Aviation Safety Authority (CASA), GEO 2.0 better reflects the actual safety risk posed by drones, and is more flexible in lower-risk areas, for example by permitting authorised users to conduct inspection activities in locations parallel to runways but not near air traffic.

GEO 2.0 applies the strictest geofencing restrictions to a 1.2-kilometer-wide rectangle around each airport runway and the three-dimensional flight paths at either end, where airplanes ascend and descend. This “bow tie” shape opens more areas on the sides of runways to beneficial drone uses, as well as low-altitude areas more than 3 kilometers from the end of a runway, while increasing protection in the locations where traditional aircraft actually fly.

More flexible geofencing restrictions apply to an oval area within six kilometers of each runway, in order to prompt drone users to make thoughtful flight decisions prior to their operation.

DJI first created No-Fly Zones for its drones in 2013 and introduced the more refined GEO system three years later in the United States and parts of Europe. DJI geofencing uses GPS and other navigational satellite signals to automatically help prevent drones from flying near sensitive areas such as airports, prisons, and other locations that may raise safety or security concerns.

In certain locations, a DJI drone cannot take off within, or fly into, a geofenced area without special authorisation. Drone pilots with verified DJI accounts can self-unlock some areas if they have necessary approvals from local authorities, but the most critical areas require extra steps from DJI to unlock them.

The new technology is not the first time DJI has implemented steps to improve drone safety. Last year, the company introduced an in-app Knowledge Quiz to help drone operators in Australia to learn and demonstrate understanding of basic safety rules and best practices before taking their drones to the skies.

Tags:  how to unlock geo zones on dji drones