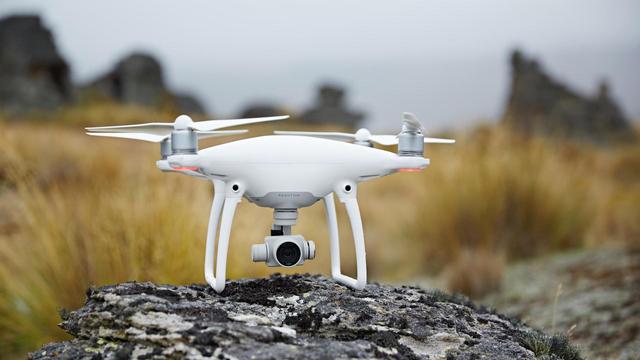 DJI drones could be banned in the US if FCC commissioner Brendan Carr has them moved onto the Federal Communications Commission 'Covered List'. If the plea is successful, DJI will join Huawei, ZTE Corporation and three others on a list of companies deemed to pose an unacceptable risk to national security.

In the last few years the best camera drones have become more popular with amateur and professional photographers as priced have dropped. DJI drones are made in Shenzhen, China – and Carr has accused the company of collecting vast amounts of data. In other words, acting as Chinese surveillance.

In a letter to the FCC Carr explained: "DJI drones and the surveillance technology on board these systems are collecting vast amounts of sensitive data – everything from high-resolution images of critical infrastructure to facial recognition technology and remote sensors that can measure an individual's body temperature and heart rate."

Carr provided several examples in the letter as evidence for posing a threat to security and the risk of the data being accessed by Chinese state factors. As early as 2017, an Intelligence Bulletin from the Department of Homeland Security's field office states that DJI is likely to have been providing sensitive US infrastructure and law enforcement data to the Chinese Government.

More recently in January 2020, the US Department of the Interiors issued an order that largely grounded the Department's fleet of drones, most notably DJI drones based on concerns around cyber security and safeguarding access to sensitive data and information.

Last year DJI was placed on the Commerce Department's Entity List – also known as the "economic blacklist". This meant that American companies could not expert parts to DJI, so companies on the black list could find it harder to sell products in the US.

Fortunately for DJI sales haven’t seemed to drop, but Carr’s concerns surrounding public safety could change that. Reportedly the US Secret Service and the FBI use DJI drones for surveillance.

Carr is calling for a full review of DJI, but the FCC Chairman says that regardless of the continued regular instances of concern, no approach to address the company has yet taken place. If DJI is added to the FCC Covered List, federal agencies will be banned from purchasing equipment made by DJI.

Carr addressed the issue in his letter, using Huawei as an example. "That is why the FCC should take the necessary steps to consider adding DJI to the covered List. We do not need airborne versions of Huawei. As part of the FCC’s review – and in consultation with national security agencies – we should also consider whether there are additional entries that warrant closer scrutiny to the FCC."

This isn't Carr's first attempt to crack down on Chinese interests. In 2018 , he urged the Commission to remove insecure network gear from its communications network – a process that is now underway. A year later, he also called for the FCC to conduct a top-to-bottom review of every telecom carrier with ties to the nation.

The FCC has now launched proceedings to revoke the authorization of several carriers. If DJI is added to the Covered List, it marks another step forward in the efforts to address perceived threats posed by China.

Tags:  should drones be banned