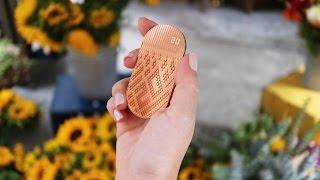 Digital twins are starting to transform the way that cities are designed and managed, according to experts.

The technology, which involves creating a digital clone of a real-world object or system, is revolutionising the fields of healthcare, manufacturing and logistics. It is now having a profound impact on architecture and urbanism too.

"I see it as being a very powerful way of developing, evolving and designing our cities," said Mansoor Kazerouni, global director of buildings for Canadian architecture, engineering and planning firm IBI Group.

"The ability to create a digital representation of a building, a neighbourhood or an infrastructure network is powerful because it can inform decision-making throughout the lifecycle of that thing, starting with the design phase," he told Dezeen. "Simulating data in a digital twin allows us to optimise our design."

A digital twin can be used to monitor the status of its physical counterpart and predict how it will behave in the future.

The technology has advanced so far that it's now possible to clone entire cities, for example, Chinese company 51World has created digital twins of Shanghai and Singapore. Architects and designers believe this will revolutionise the design and operation of buildings, transport systems, streetscapes and more.

What sets a digital twin apart from a standard 3D model is that it is linked to a live stream of data, which allows it to evolve in tandem with its real-world sibling.

This means it can offer an accurate analysis of what is happening in the real version, but also to test future performance and assess possible risks. This creates opportunities to improve efficiency, mitigate environmental impact and reduce costs.

"There's the opportunity for the computer to effectively play out hypothetical scenarios," said Adam Davis, partner at Foster + Partners. "That becomes really interesting in understanding and projecting how a building might perform."

The use of digital twins is expected to grow extensively in the coming years. A recent study predicts the market will grow from $3.1 billion in 2020 to $48.2 billion by 2026.

This fast-growing trend can be attributed to the increasing availability of data, fuelled by a demand for the knowledge it can provide.

With the rise of the internet of things, sensor technology is increasingly being installed in our homes and workplaces, as well as the physical infrastructure that surrounds us. Meanwhile, cloud computing makes it easier than ever for data to be shared across different devices and networks.

As a result, businesses and other organisations have been able to build up huge volumes of data. Not all of this is private either – online sources such as the London Datastore are making live data readily available to anyone who wants to use it.

The world's first 3D-printed stainless steel bridge is embedded with sensors that send data to a digital twin, to measure and analyse the structure's performance

A digital twin unlocks the potential of this data, allowing users to gain greater understanding and control over a business, system or environment.

"What everybody wants is more control, more knowledge, more data," said Gijs van der Velden of Amsterdam-based technology company MX3D, who together with The Alan Turing Institute has created a digital twin of the world's first 3D-printed stainless steel bridge, as a way of testing its performance.

"With more data you can more easily build these twins. And the more you have, the more people understand how valuable they are," he told Dezeen.

"It will be a movement; we cannot yet understand how fast that's going to go. We will see these kind of representations of everything around us, just like Google Earth."

Up until now digital twins have been most widely used in the manufacturing industry, with aerospace and automotive leading the way.

NASA has long been building digital twins to test and monitor the performance of its space vehicles. In Formula One, McLaren and Red Bull are among teams using digital twins to create real-time models of race cars in action. Meanwhile companies including BMW, Google and Tesla have all integrated digital twins into vehicle development.

There are numerous examples of digital twins being used in logistics, for instance, courier service DHL is starting to map its warehouse and supply chains with virtual models, allowing it to optimise time and resources.

With the Living Heart Project, Dassault Systèmes showed how digital models of organs can be used to test different drugs and medical devices

In healthcare, digital twins offer opportunities to test out different forms of treatment, reducing the risk of harm to a patient.

A team at Dassault Systèmes created a virtual model of a human heart, which is used for designing new medical devices and analysing drug safety, while researchers at Linköping University Hospital have created digital twins of diseases including breast cancer and influenza, to improve diagnosis and treatment.

However, the use of digital twins in architecture, construction and infrastructure has been steadily rising.

In Canada, IBI Group built a digital twin of Toronto's water distribution network, in order to reduce its energy use and reduce costs.

Meanwhile in London, Foster + Partners is using a robot dog to collect data for a digital twin of a building under construction in Battersea. The firm has also set up a system of sensors at its office campus to create an intelligent digital model of its own day-to-day operations.

"At Foster + Partners, we have a vision of a more integrated approach in future buildings, where the deployment of sensor technology is considered in conjunction with more traditional architectural design moves," said Adam Davis, who is leading the company's digital twin programme.

"If we can demonstrate the potential of this technology to clients and collaborators, and help them understand the value, then we will be able to deploy it more broadly."

The popularisation of digital twins is closely linked to the continued development of advanced software platforms.

Leading technology companies including GE Digital, Microsoft, Siemens and Dassault Systèmes have all created digital twin software. In a recent interview with Dezeen, Anne Asensio, vice president of design experience at Dassault Systèmes, described this technology as "a huge revolution for the future".

Innovators in this field include Chicago-based Cityzenith, which has launched a software program specifically for the built environment. SmartWorldPro is set up to facilitate the design and management of buildings and other forms of real estate.

Cityzenith's founder and CEO, Michael Jansen, told Dezeen his long-term ambition is to change the model from a closed software package to an open platform, so that it can be used by multiple users. The company is working with some of the developers behind Google Earth, with a view to developing a kind of digital-twin equivalent.

"It's now a platform that can scale, so why just scale it to just one customer?" said Jansen.

"We're starting to think about approaching and working directly with cities and their intermediaries, to give them SmartWorld for free and allow their commercial building owners to tap into it."

Software like SmartWorldPro becomes even more powerful when used in combination with a gaming engine such as Unity Pro or Unreal Engine.

Typically used to develop video games, this type of software can be used to turn digital twins into immersive 3D simulations that users can freely explore, just as they would in a game like Fortnite.

"People are finding a need for gaming engines in the digital twin conversation because of this idea of contextualising data," explained David Weir-McCall of Epic Games, the company behind Unreal Engine.

"Data outside of the context of the building can sometimes be hard to understand or interpret," he said, "but gaming engines have the power to translate data into a real-time environment that can be understood by the end user. We're a viewpoint into that database."

Unreal Engine is already being used by a number of digital twin providers in the design and management of buildings and infrastructure.

For example, China's Tencent has built a digital twin of Shanghai's hospital network, which allows resources to be effectively allocated, while Norwegian company Cognite uses digital twins to manage the safety and efficiency of oil and gas infrastructure.

51World's twins of Shanghai and Singapore, which were also created using Unreal Engine, suggest how digital twins can become more multifunctional and multiuser.

Powered by data from satellites, drones and other sensors, these city twins are used for range of uses, from assessing risks of natural disasters like flooding, to testing the impact of new buildings.

New Zealand-based studio BuildMedia has built a similarly impressive model of the city of Wellington, which is being transformed into a digital twin using live data from the city council.

Initially, this twin will be used to better understand the city's transport capacity – covering everything from cycle sensor data and car park availability to air traffic – but BuildMedia also wants to expand its use into architecture.

BuildMedia's digital model of Wellington, New Zealand, is being used by the city council as a platform for decision making

"By visualising the data in an understandable format, you're creating a really good public interface tool," he told Dezeen. "You can take these very complex projects in architecture or urban planning and present them to the public in a way that is visually spectacular."

For those looking to investigate the potential of digital twins, a network of support is growing.

Organisations like the Digital Twin Consortium in the US, the Digital Twins Cities Centre in Sweden and the Centre for Digital Built Britain in the UK are all working to standardise how digital twins are defined and facilitate knowledge sharing.

The Centre for Digital Built Britain operates a government-supported National Digital Twin programme, with a vision for creating an ecosystem of connected digital twins across businesses and organisations.

Sarah Hayes, the outreach lead for the programme, believes the sharing of data is key to improving how the UK's infrastructure is "built, managed, operated and eventually decommissioned".

"A city is effectively a system of systems – water, electricity, housing, schools, hospitals, prisons, natural environment – it all fits together," she said. "When you start to connect the datasets from these digital twins, you can build a bird's eye view of a city, which gives you better information about the consequences of your decisions."

Hayes urges those interested in this technology to sign up to Digital Twins Hub, an online community of digital twin users able to offer support and guidance.

Read more:
Tags:  a conjunction of drones simulating the way in which