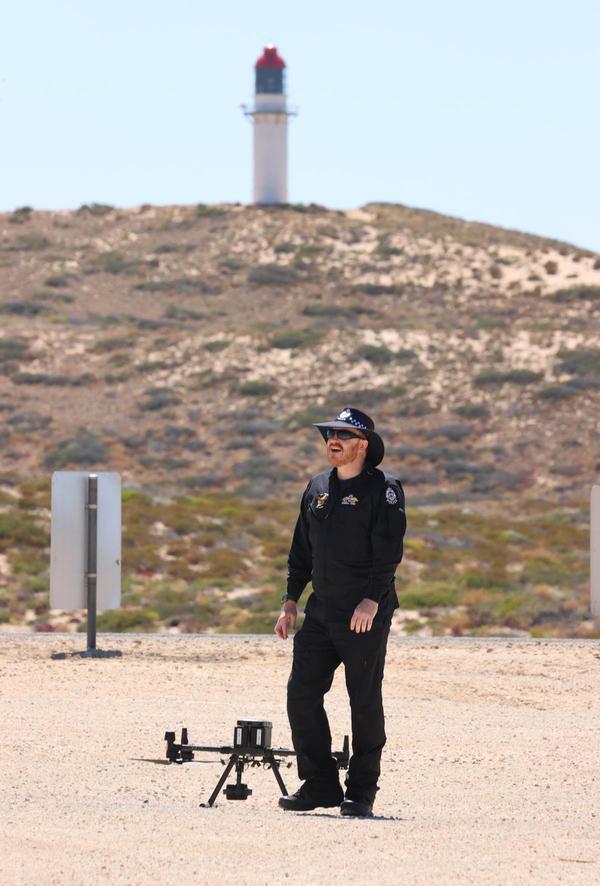 Police air wing officers from Geraldton and Perth will on Monday use drones to create a detailed map of the area around where missing Carnarvon girl Cleo Smith was last seen.

It is understood police will spend at least the next two days mapping an almost 50km radius of bushland near the Blowholes Campground.

Drones have been used extensively during the search for the four-year-old, with footage already taken over the powerful Blowholes and of the campsite where the family of four stayed.

Cars and caravans could today be seen driving in and out of the popular local camping spot, with tourists undeterred by Cleo’s tragic disappearance.

The desperate search for the little girl is now in its third week, with police saying they still have no suspects in the investigation.

Little Cleo has not been seen since she vanished from the family’s tent more than two weeks ago in the early hours of Saturday, October 16.

Cleo’s mother Ellie Smith made her most heart-wrenching plea so far for the safe return of her daughter in a social media post late on Sunday night.

With Halloween celebrations underway and children across WA trick or treating, Ms Smith said every day was getting harder “without my shining bright light”.

“I need my baby girl home, please I beg you!” she wrote.

On Saturday, the man leading Taskforce Rodia which is investigating Cleo’s disappearance sprung to the defence of her mother Ellie, and stepdad Jake, saying they are not suspects in the child’s disappearance and should not be subjected to “disgusting” attacks by cowardly online trolls.

Det-Supt Rod Wilde also ruled out Cleo’s biological father as a suspect in the little girl’s suspected abduction, saying he was “nowhere near the area” when she went missing more than a fortnight ago.