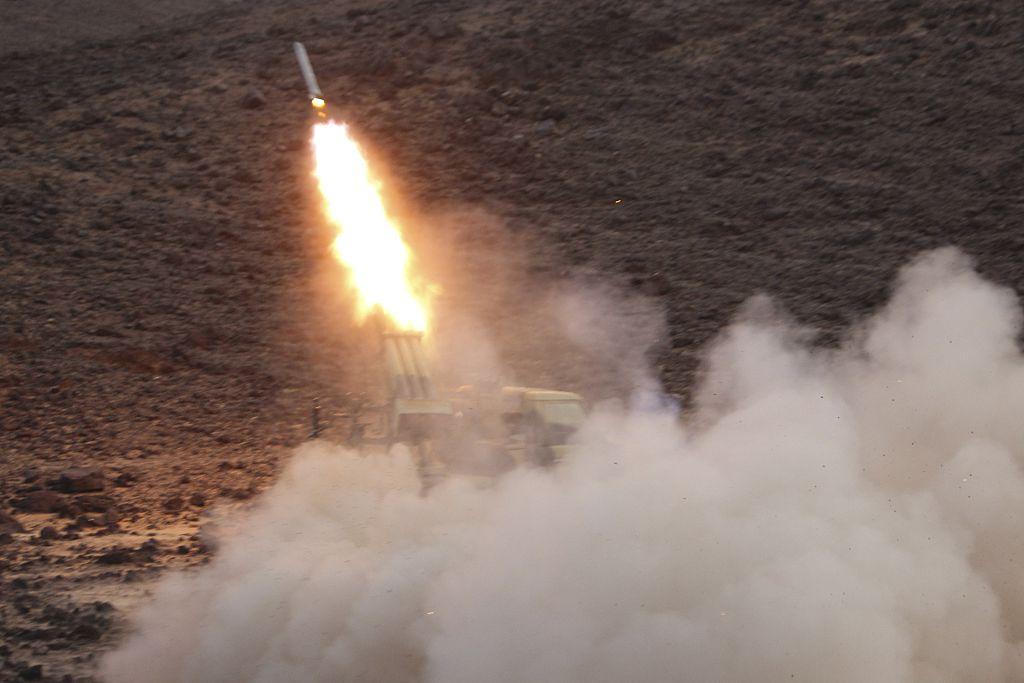 Domestically assembled drones that can fly hundreds of miles (kilometres) are proving a security headache for the United Arab Emirates after consecutive attacks by Yemen's rebel warriors.

The low-tech weapons, which use over-the-counter parts, were deployed in two attacks on the wealthy Gulf state, a member of the Saudi-led coalition, the Iran-backed rebels said.

Three Asian oil workers died in a drone-and-missile assault on Abu Dhabi on January 17 and on Monday, US forces based in the city fired Patriot interceptors to help shoot down two ballistic missiles.

Drones were also used in the attack, the rebels said.

The attacks, in response to a series of rebel defeats by a UAE-trained militia, pit the Houthis' home-grown weaponry against the Emirates' billion-dollar missile defence capabilities.

The Sammad-3 drones -- named after the insurgents' former second-in-command Saleh al-Sammad, who was killed in a coalition air raid in 2018 -- have a range of about 1,500 kilometres (930 miles), rebels and analysts say.

They have frequently targeted Saudi Arabia, which neighbours Yemen, killing and injuring civilians, and damaging infrastructure, including oil facilities and airports.

"The Emiratis and Saudis are finding it difficult to fend off these attacks," said James Rogers, an associate fellow at the London School of Economics.

"It is notoriously difficult to counter drone and missile attacks, especially when used in a 'swarm tactic' where multiple weapons are sent at once to overwhelm existing defences."

Experts stress the cost-effectiveness of a strategy also adopted by the Hamas movement in Gaza against Israel as well as Shiite militants targeting US forces in Iraq.

Drones have long been used by conventional forces, including the Americans in the assassination of senior Iranian commander General Qassem Soleimani at Baghdad airport in 2020.

Rogers said the Houthis have been using attack drones and medium-range missiles "at low altitude and low speed so they are hard for conventional radar to detect".

Saudi Arabia and the United States have repeatedly accused Iran of supplying the Huthis with drones, missiles and other weapons, a charge Tehran denies.

UAE cracks down on social media footage of Houthi attack

"Many of the drones were locally made reproductions of state-designed military systems similar to those made by Iran," said Rogers, who has inspected captured Houthi drones.

"They were augmented with easily available commercial drone motors, wiring, control systems, and cameras. This ensures the Huthis can secure these cost-effective fighting methods, increasingly with less support from state military supplies."

The Samad-3, the Huthis' most advanced drone, can be fitted with 18 kilogrammes (40 pounds) of explosives, according to rebel media sources and analysts.

The Houthis drones use GPS guidance and "fly autonomously along pre-programmed waypoints" towards their targets, Center for Strategic and International Studies (CSIS) experts wrote in a 2020 report.

As for Saudi Arabia, its US-made Patriot missile defence system -- which already appears to have a mixed record in intercepting launches from Yemen -- is not primarily designed to repel low-flying drones, experts say.

Saudi Arabia possesses 80 standalone air defence radars, but many of these are older systems dating back several decades.

The extension of the Houthis' air offensive to the UAE came after heavy losses on the ground in Shabwa province in the face of an offensive by Emirati-trained Giants Brigade fighters.

Tags:  where can i fly my drone uk