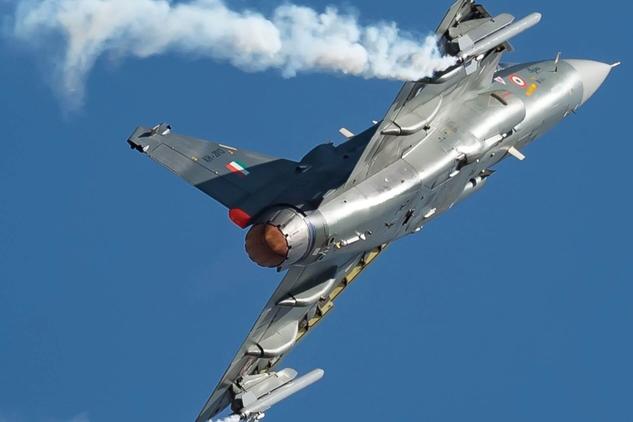 Turkey appears to be warming up to make a name for itself in the jet trainer sector with its ambitious indigenous advanced jet trainer and light attack aircraft, Hürjet, after witnessing the meteoric rise of Turkish drones in the global armed drone market.

Hürjet is also a direct rival of India’s Tejas jet in Malaysia’s tender for Light Combat Aircraft/Fighter Lead-In-Trainer. Furthermore, both the fighters are projected to be strong contenders for the tender.

Tejas is already in the production phase and serving with the Indian Air Force. Hürjet, on the other hand, is still in the development phase and its first flight is still a year away. However, Turkey looks to be on track to accelerate the development of its advanced trainer jet as soon as feasible.

According to a statement made by the Defense Industry Executive Committee following a meeting led by President Recep Tayyip Erdogan on January 12, Turkey has now decided to move forward with the first-phase mass production of the Hürjet, jet trainer/light attack aircraft.

The Hürjet is expected to make its first flight in 2023. The aircraft is designed with the intention of being a fifth-generation training aircraft.

The committee explored the potential of adding additional indigenous equipment to the Turkish Armed Forces (TSK) inventory as well as other security services, according to a statement from the Communications Directorate.

The committee emphasized the necessity of indigenous manufacturing of every technology that the country imports, and stated that efforts in this regard will be aided. It was also noted that Turkey will continue to design, develop, and manufacture indigenous systems and technologies. The discussion stressed the importance of R&D and P&D in the development of important and sophisticated technologies, the statement read.

Last week, Erdogan pledged that by next year, the Turkish defense industry will showcase an indigenous fifth-generation fighter. The TF-X concept plane has a similar look to the F-35. Erdogan stated that the plane will fly in 2025 and will be in service with the Turkish Air Force by 2029.

Since Ankara was kicked out of the F-35 program in 2019 over its purchase of Russia’s S-400 missile defense system, Erdogan has pushed Turkey’s military sector to become more independent of foreign suppliers. Rheinmetall, a German company, also canceled plans to jointly manufacture Turkey’s Altay tank in 2019.

Hürjet is a single-engine, tandem-seat advanced jet trainer and light attack aircraft with modern avionics and high-performance features that play a crucial role in advanced pilot training due to its superior performance characteristics.

Turkey claimed that its wide variety of mission capabilities and a large payload make the combat version a battlefield force multiplier.

Hürjet will be equipped with a sophisticated mission computer in its modern cockpit, allowing it to become a fifth-generation training aircraft. Superior radar and sensitive attack systems, as well as air and ground communication capabilities, will be installed aboard the planes, lowering hazards and risks.

Hürjet will have a wingspan of 11 meters and a length of 13.4 meters (43 feet). The Hürjet project’s major goal is to replace the Turkish Air Force’s T-38 trainer aircraft fleet, which consists of 70 planes, as well as to address the demands of potential foreign clients. The advanced jet’s maximum height is 45,000 feet (14 kilometers), and it has a payload of 3,000 kilograms (6,600 pounds) and a top speed of Mach 1.2.

Turkish Aerospace Industries is said to have created the HÜRJET Program in response to the prospects of the multi-role aircraft market, utilizing its expertise and capabilities in the design and manufacturing of cost-effective trainer/light aircraft/systems. As mentioned earlier the Aircraft is already competing in the Malaysian tender.

Prof. Dr. Temel Kotil, General Manager of Türk Aerospace Industries A.S., spoke about Jet Training and the Light Attack Aircraft HÜRJET on CNN Türk. Kotil expressed confidence in the fighter, stating that the HURJET is on its way to Malaysia since TAI has a great standing in Malaysia’s tender.

Even domestically, development on the Turkish Hurjet is proceeding at full speed, with considerable improvements to the basic design in the works. “We’ve been tweaking Hürjet’s design so that it can operate on naval assets,” he said.

TAI Training Aircraft Program Manager Tuncay Çopur told Anadolu Agency in early 2021 that they took into account both domestic and foreign demands throughout the development stage, and they are attempting to build a platform that can compete on a worldwide scale.

He said that they are now involved in a variety of promotional initiatives, which are expected to rise in the near future. Within the project’s scope, two separate prototypes are expected to be produced, according to Çopur.

Turkey has a longstanding experience of supplying weaponry to other countries. It will be a big boost to the country’s aerospace sector if it can manufacture an advanced trainer jet on schedule.

Tags:  how to become a drone pilot for the military