Can the Omniverse help us make a better world with a digital twin? 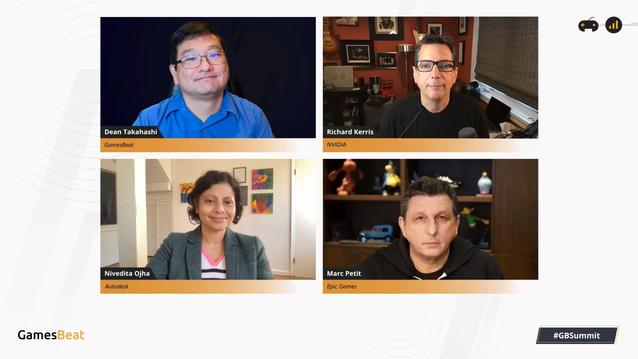 Most of our focus on GamesBeat is… well, games. Games are a huge part of the current world and have led, in interesting ways, to unforeseen innovation. As the worlds obsession with gaming technology grows, the more time and money are poured into its development. For instance, when I first saw a Kinect, I never expected to read about it being used in operating rooms to assist surgeons. That leads us to the Omniverse.

“Omniverse is our platform for collaboration and simulation,” says Richard Kerris, vice president of Omniverse development platform at NVIDIA. “It is designed to be an open, connected platform that works with third party products. We don’t replace workflows, we extend and enhance them by connecting existing tools into the Omniverse. What we have is over 20 years of NVIDIA technology that is part of that platform. AI, multi-GPU rendering, the ability to collaborate around the world, stuff like that.”

There are obvious benefits to being able to design and test products in a virtual world. The removal of danger and cost from testing are bonus enough, but NVIDIA doesn’t plan to stop there.

“One of the things Omniverse is being used for a lot is digital twins,” continues Kerris. “At NVIDIA it’s part of our DNA to solve problems and take on big tasks and challenges we can help better the world. Obviously climate change is one of those challenges we all have. So Jensen(Jensen Huang, CEO and President of NVIDIA) made the decision that we’re going to take our digital twin and push it to the next level of doing a complete digital twin of the Earth. It’s a massive undertaking. It’s primary purpose is to study the environment and to study climate change and be able to understand and learn from what’s taking place in that twin so we can better the physical world.”

Three top investment pros open up about what it takes to get your video game funded.

Though tackling the problems of climate change is a great reason to create a digital twin of the Earth, there are many less cataclysmic uses as well. One of those cases, which may be of interest to operations managers around the world, is brought to us from Nivedita Ojha, VP of Platform and Data Strategy at Autodesk.

“We are in the business of design, make, and operate,” says Ojha. “Once you get into ‘make,’ once a factory is completed, we are focusing on providing digital twins at the end of this process. At this point the use case is mostly focused on providing this digital twin for asset management. As we complete any big industrial project, there’s not just asset management — there’s also HVAC to understand as well as IOT devices. The future of digital twin is a lot more than just an end completed digital product, it’s also going beyond that for building management, asset management, and, to a certain extent, extending into a realm of sustainability. How we re-use, recycle, and reduce everything we build.”

Working closely with NVIDIA is Epic Games and the Unreal engine. Both projects use the Pixar created file type of USD (Universal Scene Descriptor) as their standard, so moving assets back and forth is not very difficult. Unreal has been adopted quite a bit outside of the gaming industry, used mostly in video production but branching to other markets as well.

“We’ve seen, in the advertising and marketing space, the car companies understand that with a digital twin of a car, they can create almost the entirety of their marketing variables,” says Marc Petit, GM of Unreal Engine for Epic Games. “The synthetic photos, the car configurator, the VR experience, the big 26k rendering, and even commercials can be built from that data set.”

Over the last decade or so, there has been a lot of talk about self-driving cars. Delivery companies around the world are very interested in self-driving trucks for transport or drones for delivery. However, there are big downsides to real world testing. For instance, Tesla has prompted a few headlines, for good or bad, with its self-driving functionality. Kerris sees a world in which we can do our training and simulation without the cost in money or in human life.

“We’ve made digital twins of different environments for the cars so we can have multiple cars in that synthetic world,” says Kerris. “Driving and learning from weather conditions and all those kind of things.”

One big advantage of having the ability to create digital twins in the Omniverse is one most people haven’t considered — the ability to train AI for the tasks we need them to perform at a much quicker rate.

“Much the same holds true with the robotics scenario,” continues Kerris. “Using a digital twin of the physical world, be it a city block, countryside, object, or factory, gives you the ability to do things in that digital world before you commit to the cost in the physical world.”

Using the Omniverse for the betterment of our species is a noble, and hopefully inevitable, goal. We only touched on a fraction of this talk, so please check out the full discussion at the GB Summit: Into the Metaverse 2!

GamesBeat's creed when covering the game industry is "where passion meets business." What does this mean? We want to tell you how the news matters to you -- not just as a decision-maker at a game studio, but also as a fan of games. Whether you read our articles, listen to our podcasts, or watch our videos, GamesBeat will help you learn about the industry and enjoy engaging with it. Learn More

Tags:  are drones good or bad