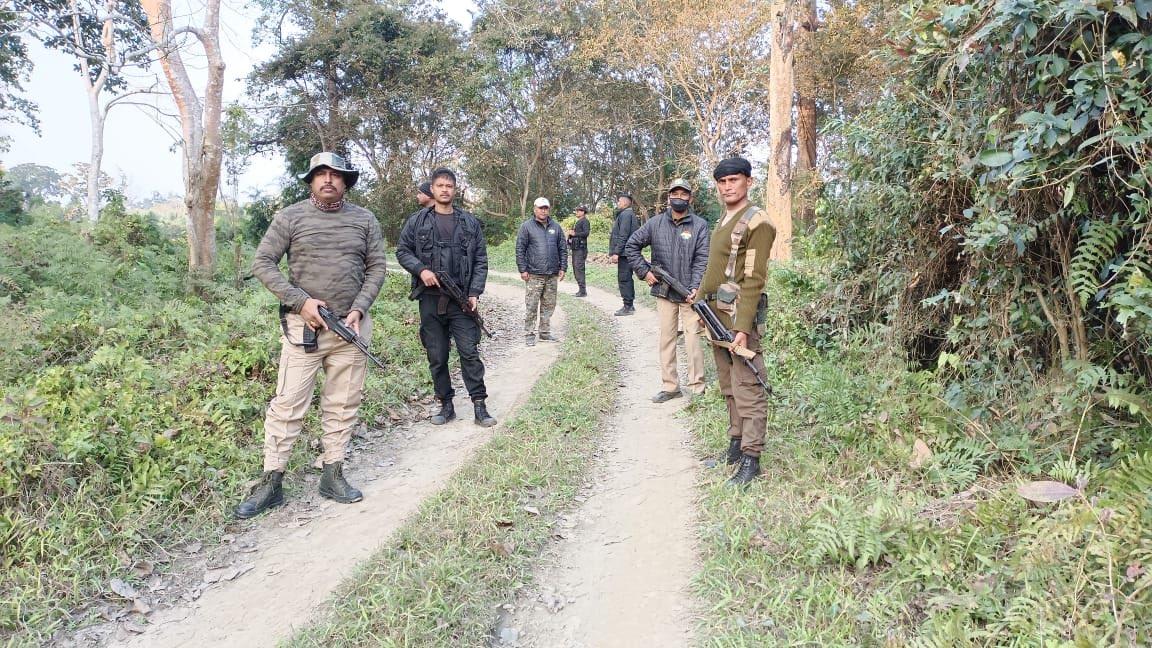 Guwahati: After the recent incident where a rhino was poached in Kaziranga National Park, 20 commandos of the Assam Police were deployed in the Kaziranga.

They will be patrolling the area and be involved in special operations to minimize and prevent the poaching of the greater one-horned rhinos in the park.

It may be mentioned that earlier several initiatives were taken to prevent poaching inside the Kaziranga but it somehow turned out to be unsuccessful.

The Special DGP further announced that along with commandos, the personnel inside the park will be given satellite phones and drones to keep track of all movement.

After almost nine months, a rhino was allegedly killed by poachers in the Kohra Range of the Kaziranga National Park on January 20, 2022.

Sources from the forest department said that it is yet to be ascertained when the rhino was killed but the poachers had taken away the horn.

The carcass was found in a decomposed state.