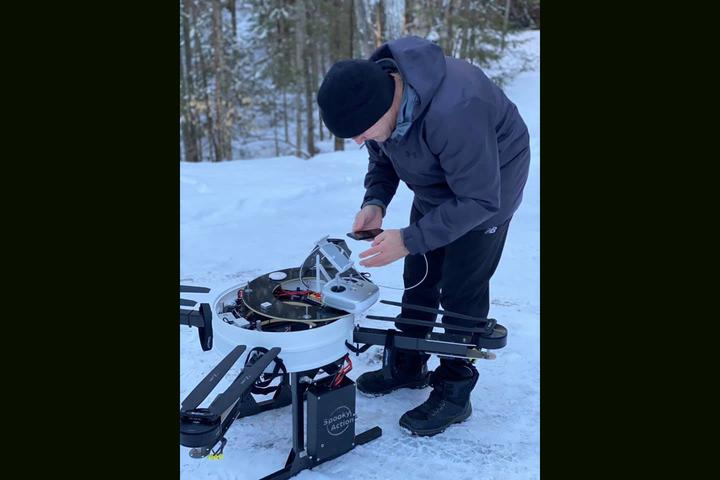 THREE LAKES, Wis. (WAOW)-- Living in the country can provide many benefits like friendly neighbors and fresh air. However, when reliable internet service can't be found, it can cause a problem for students.

Wisclift is a drone company in Three Lakes, Wisconsin that is expanding a drone they have to provide internet to students in areas with low internet connectivity.

"There's actually a large percentage of students and others who can't connect at home. So when the pandemic hit, we took this aircraft that we were designing for emergency management- hurricanes, poaching in Africa, and we started testing it for schools," Wisclift Founder and CEO Scott Williams said.

The drones will have attached cell towers and WIFI networks that can broadcast a signal to residents and students from the air.

"If this goes correctly they will be able to connect their Google Chrome Book or their iPad that the school issues just like they do at school with the same protections," Williams said.

Part of those protections include using the school's internet firewalls to keep students' internet from being hacked. The work is being done in part thanks to a grant from the Wisconsin Public Service Comission.

"We've always been a county that's [had] a reputation of being recreation, tourism, perhaps maybe not up to speed on technology but now we're really, with Wisclift, we have the opportunity to become the technology hub in the Upper Midwest," Forest County Economic Development Partnership Executive Director Mark Ferris said.

The drone can run for weeks on end, but when used for schools, it will disconnect from the student's devices in the evening to allow for times of rest.

"We ensure that our students have study time when they need it and are safe, and then are not studying when they should be sleeping so really a neat project," Williams said.