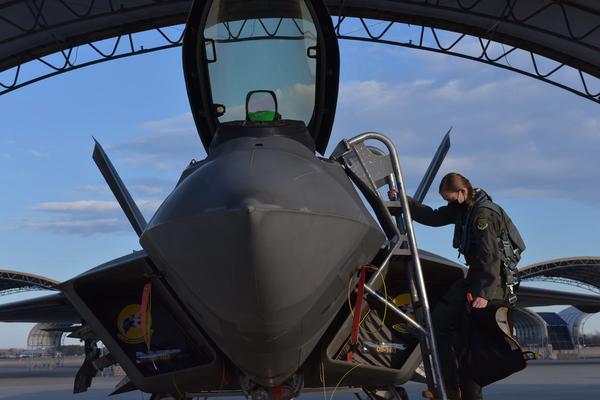 The Air Force is scheduled to receive the first shipment of the Omni Gen. 3 Skydrate, an improved in-flight bladder relief device, in early December.The Air Force recognized that current devices were not optimized for long-duration sorties, and as a result, aircrew were routinely dehydrating themselves to delay the need for bladder relief. Dehydration can lead to reduced endurance and G-force tolerance while in the aircraft, as well as other negative health issues.Air Combat Command was the lead command in determining the new bladder relief device requirements for pilots across the Air Force.“Gen. (Mark) Kelly is focused on reducing predictable barriers to readiness for Airmen,” said Scott Cota, aircrew flight equipment program analyst, ACC Plans, Programs and Requirements directorate, Joint Base Langley-Eustis. “This is just one of the programs we are working on here that will make it easier for Airmen to train and execute their missions.”ACC worked closely with Air Force Materiel Command and other Air Force units to develop and test Skydrate within a year. Thirty female aircrew were on site at the Omni facility to conduct multi-hour wear tests; nine pilots, at three installations, participated in the flight testing.“This is a good example of using a ‘fly, fix, fly’ model to prioritize female aircrew feedback and speed up the testing process to field the device quicker,” said Sharon Rogers, lead test engineer, 46th Test Squadron, Eglin Air Force Base, Florida.Skydrate is available for men and women, but there was an emphasis on engineering solutions for female aircrew. Improvements include a larger collection bag, improved flow rate, multiple hose lengths, one-hand operation for on/off functionality, and more interface, or pad, sizes to account for anatomical differences in the wearer.For Maj. Nikki Yogi, an F-35A Lightning II pilot who participated in the Omni device tests, readiness is at the heart of the issue. Yogi is assigned to the 356th Fighter Squadron at Eielson AFB, Alaska, under Pacific Air Forces Command. Pilots responding to threats in that region must be prepared for long sorties. A routine flight to Guam is approximately 10 hours.“A pilot should be focused on taking the fight to the enemy, not on whether their bladder relief device is going to work or be comfortable to use,” she said.Yogi had a poor experience with her device while deployed as an A-10C Thunderbolt II pilot in 2017. As a junior pilot, she did not immediately raise the issue – something she wants to spare future female pilots. She has volunteered for a variety of equipment tests since returning from that deployment.“It’s important to provide feedback because it’s that feedback that drives change,” she said.Aircrew will have access to Skydrate by Spring of 2022. The Human Systems Program Office, a subdivision of the Agile Combat Support Directorate, at Wright-Patterson AFB, Ohio, is currently reviewing proposals from multiple companies for alternative bladder relief devices with new pumps and innovative human interfaces, which are expected to field within the next year to users. A suite of bladder relief devices will give Airmen the opportunity to choose the most comfortable human interface option while allowing them to focus on executing the mission.