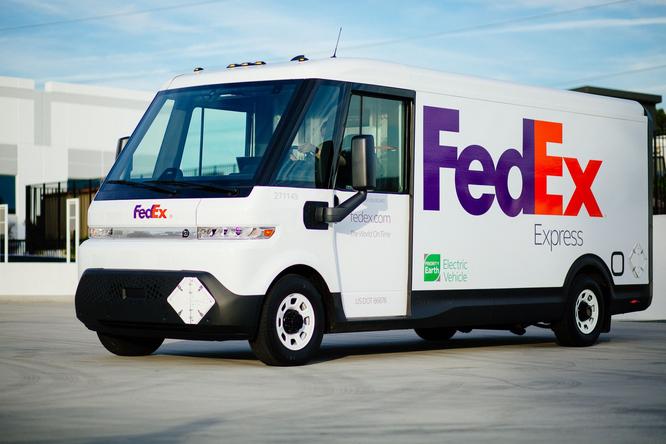 This January, at CES, the automaker revealed that Walmart has also agreed to reserve 5,000 of its light-duty electric vehicles, which will start hitting the road in 2023. And last month, BrightDrop delivered the first five EV600 vans to FedEx—the fastest GM has ever brought a vehicle to market.

With BrightDrop, GM is targeting a market that is set for rapid electrification: fleets. More than 8 million of the nearly 270 million cars, trucks, and vans on the road in the US were part of a fleet in 2020, according to the Department of Transportation.

Capturing light-duty EV business means GM has an opportunity to bolster its fleet sales, which have accounted for 12%–16% of total vehicles sold annually over the last five years.

“Execution is huge. The combination of being able to be very entrepreneurial, and fast moving as a separate company, but having the behemoth global powerhouse of engineering, infrastructure, and production capabilities of GM just makes us incredibly unique,” Steven Hornyak, chief revenue officer at BrightDrop, told Emerging Tech Brew.

Also at CES, FedEx announced that it has ordered an additional 2,000 EV600s from BrightDrop and is discussing an agreement for up to 20,000 of the delivery vans over the next decade.

Verizon also plans to buy the smaller EV410 model from BrightDrop when it joins the lineup in 2023.

GM has not publicly shared pricing for the electric vans yet. For some context, Ford’s E-Transit van starts at about $45,000.

Competitors are also working to capture business from commercial fleet owners. Ford plans to deliver its new E-Transit to customers this year, and reported more than 24,000 reservations for the cargo van last August.

Rivian has developed an electric delivery van, dubbed the EDV, for Amazon. The e-commerce giant plans to buy 100,000 EVs from the automaker by 2030 with the first vans slated to join their fleet later this year. Amazon will also be the first customer for the Ram ProMaster EV from Stellantis, which is expected to roll out in 2023.

The global race for battery production is underway

Converting the trucks and vans that move goods around will help to decrease hard-to-tackle Scope 3 greenhouse-gas emissions—a goal that’s become even more urgent as e-commerce sales are estimated to have grown by nearly 50% over the last two years.

Beyond the EV itself, BrightDrop sees its offerings as an entire ecosystem that helps make first- and last-mile delivery more efficient. That includes software and the EP1, an electric delivery pod that can be used to assist drivers or act as a secure mobile package hub for deliveries and returns.

FedEx has been testing the pods in New York City and Toronto, and the company says the EP1 has improved efficiency by 15% and halved the amount of time that delivery vans sit idle on the street.

As more light- and heavy-duty electric vehicles roll off production lines in the coming years, fleet electrification is expected to accelerate. Hornyak said the BrightDrop team is focused on execution, expanding its platform, and growing its customer base.

“We see 2022 as being the year of the infrastructure, and the testing, and the foundation, on the commercial side. And then, 2023 as the beginning of an aggressive ramp [up], and in 2024, it’s literally going to be almost vertical in adoption,” he said.

The global race for battery production is underway