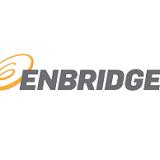 A year after workers installing the Line 3 oil pipeline pierced an aquifer in northwestern Minnesota, Enbridge Energy has told state regulators it has stopped the uncontrolled flow of groundwater.

Pipeline opponents are marking the anniversary of the breach by calling for more accountability and details about the incident, and others where Line 3 construction might have disturbed groundwater, rivers or wetlands.

In January 2021, crews were working on the new pipeline near Enbridge's terminal in Clearbrook, Minn. Instead of digging a trench 8 to 10 feet deep, as Enbridge’s plans called for, the workers apparently dug 18 feet down, and they drove sheet piling down even deeper to stabilize the soil.

They punctured the soil layer covering an aquifer that's under pressure, causing groundwater to flow to the surface.

Enbridge didn’t immediately report the breach to state regulators. It wasn’t until June that Minnesota Department of Natural Resources officials pieced together what had happened through reports from independent monitors.

It’s not yet clear whether the breach caused any long-term environmental damage or affected aquifer levels in the area. There are concerns that sediment could end up in nearby streams or wetlands.

There also are some rare wetlands called calcareous fens nearby that support diverse plant life, and rely on a flow of mineral-rich groundwater. Scientists are concerned that the interruption of that flow could negatively affect the fens.

In September, the DNR ordered Enbridge to stop the flow of groundwater and restore the site.

The agency ordered Enbridge to pay $3.32 million. That included more than $500,000 in penalties, mitigation for the loss of groundwater and monitoring of the rare wetlands nearby, and a requirement that Enbridge place $2.75 million in escrow to restore any damage to the fens.

The DNR said Enbridge has paid that full amount, plus another $40,000 for the loss of more groundwater this fall.

The agency said it's still investigating two other sites along the Line 3 corridor where aquifer breaches may have occurred. It hasn't released the location of those sites.

Line 3 was completed last year, and oil started pumping through it in October.

Enbridge said it's diligently implementing the action plan, and workingwith the DNR on restoring and monitoring the site.

The company said the water has been pumped from the trench, treated to remove sediment and released in the same area.

Opponents of the Line 3 pipeline are frustrated at how long the breach repair has taken. They want state agencies and Enbridge to release more information about the Clearbrook puncture and the two other possible breach sites.

Line 3 opponents also want more monitoring at 28 places along the pipeline route where frac-outs occurred. That's where drilling fluid was released as pipeline workers were boring underneath a river.

Over the past few months, a group of tribal members, scientists and other pipeline opponents have been doing their own investigating.

“Because we haven't been able to get a lot of information from the agencies, what we have done is try to figure out things ourselves,” said Christy Dolph, a research scientist who studies water resources.

They’ve collected water samples from rivers and raised money to fly a drone and planes along the Line 3 route, collecting video and thermal images that would show where warmer water from the ground might be getting to the surface.

“They can detect wherever there's a breach and a release of aquifer water, even under rivers, because of the difference in the temperature,” said Frank Bibeau, a tribal attorney representing the White Earth Nation of Ojibwe. “So we will know where all of these occurrences are. And we'll have to probably continue to monitor, because it doesn't look like the state's doing any of that.”

DNR spokesperson Gail Nosek said the agency will monitor whether Enbridge's repairs at the Clearbrook site are working.

Nosek said the DNR is working on a comprehensive enforcement resolution that will address Clearbrook and the two other aquifer breaches and could include additional penalties. More information will be released when the investigation is complete, she said.

The DNR also referred the Clearbrook case to the Clearwater County attorney for possible criminal prosecution. The county attorney forwarded it to the state attorney general's office, which said it has not yet decided whether to file charges.

On Friday, Line 3 opponents are planning to hold rallies both in Clearbrook and at the DNR headquarters in St. Paul.

They plan to call for more investigation and monitoring of the breaches and frac-outs, and more oversight of the Line 3 pipeline and future projects.

You make MPR News possible. Individual donations are behind the clarity in coverage from our reporters across the state, stories that connect us, and conversations that provide perspectives. Help ensure MPR remains a resource that brings Minnesotans together.

Donate today. A gift of $17 makes a difference.